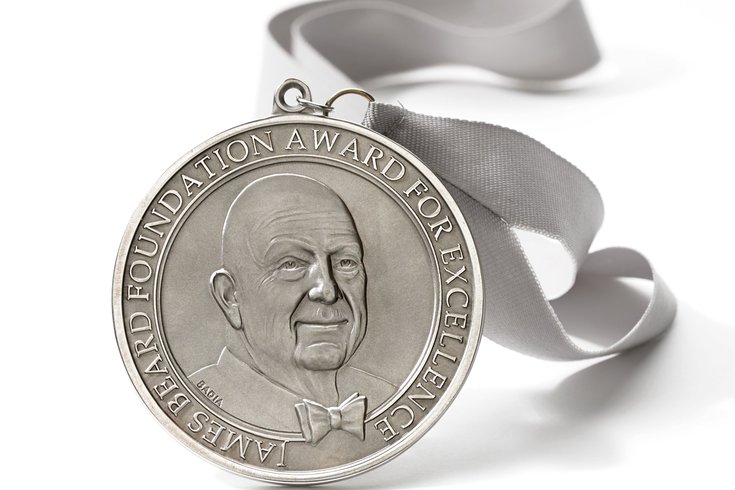 The 2020 James Beard Awards winners will not be announced due to the coronavirus pandemic's impact on the restaurant industry. Four Philadelphia chefs and the Bella Vista restaurant Kalaya, had been finalists this year.

The James Beard Foundation will not announce the winners of its awards for outstanding chefs and restaurants this year, in light of the "grave negative effects" COVID-19 has had on the dining industry.

This is the first time in the organization's 30-year history that it will skip naming winners. The awards are presented annually and recognize the best restaurants and chefs, both regionally and nationwide.

Philadelphia restaurants are usually well-represented among the honorees. The finalists for the 2020 James Beard Awards had included four Philly chefs and Bella Vista's Kalaya, a home-style Thai restaurant by chef Chutatip "Nok" Suntaranon, nominated for best new restaurant — one of the foundation's highest honors.

In 2019, Zahav won the James Beard Award for Outstanding Restaurant in the United States.

"The uncertainty of this time for our industry is already a hard reality and considering anyone to have won or lost within the current tumultuous hospitality ecosystem does not in fact feel like the right thing to do." James Beard Foundation CEO Clare Reichenbach said. "In short, an honor which we know is held in high regard, at the moment, feels minor when compared to the dire situation we are in."

The James Beard Foundation also will not give out awards in its traditional categories in 2021, saying it would be "unfair and misguided" to have a ceremony given COVID-19's impact on the restaurant industry this year. Instead, the foundation will recognize members of the industry helping their communities during the health crisis.

The foundation plans to resume its traditional awards ceremony in 2022.

The Philadelphia chefs who were finalists in 2020 include Marc Vetri, a finalist in the outstanding chef category for the second year in a row for his work at Vetri Cucina. Cristina Martinez, of South Philly Barbacoa, Rich Landau, of Vedge, and Nicholas Elmi, of Laurel, had been nominated for best chef in the Mid-Atlantic region.

On Sept. 25, the date this year's awards had been scheduled to be announced, the James Beard Foundation will honor the winners of the awards for America's classics, lifetime achievement, humanitarian of the year, design icon, and leadership, which had been named earlier this year.

The ceremony will stream live on the James Beard Foundation's Twitter page.