Leaving Hulu in September: Watch Halloween favorites, like 'Practical Magic,' 'Friday the 13th,' before they're gone 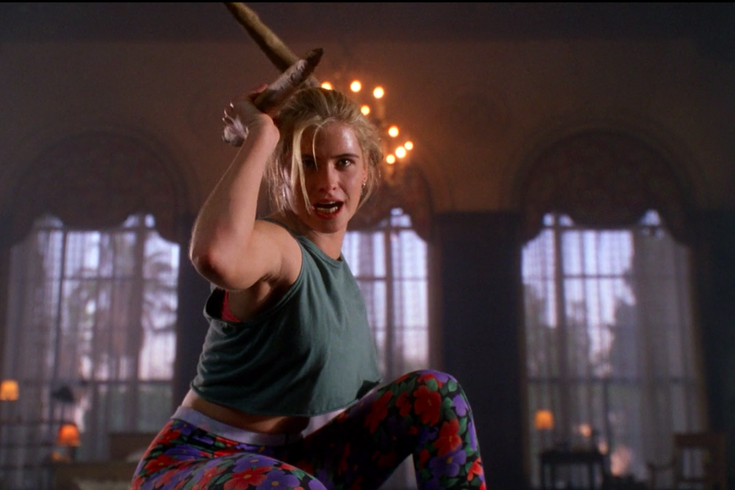 'Buffy, the Vampire Slayer,' the 1992 movie version is among the content leaving Hulu at the end of September.

There are a slew of spooky and witchy movies leaving Hulu at the end of September, making it the perfect time to plan a pre-Halloween binge-fest.

"Buffy, the Vampire Slayer" – the 1992 movie version starring Kristy Swanson and Luke Perry – will depart Hulu at the end of the month. Though, fear not, Buffy fans. The WB series of "Buffy," with Sarah Michelle Gellar as the teen slayer, still is available (and hopefully will be forever.)

Pair Buffy's toughness with the 1998 classic film, "Practical Magic," starring Nicole Kidman and Sandra Bullock. That movie arrives on  Hulu on Sept. 1 for a one-month run, so it's in everyone's best witchy interest to watch it as many times as possible before it leaves on Sept. 30.

If you love being terrified, horror classics, such as Rob Zombie's "House of 1,000 Corpses" and "The Devil's Rejects," will start your All Hallows' Eve celebrations right. If you're more of a slasher fan, "Friday the 13th — Part III" and "Friday the 13th Part IV: The Final Chapter," are nice additions to any spook-fest. Then, top off the movie marathon with Johnny Depp in the thriller-mystery "The Ninth Gate."

Among the other notable movies departing the streaming service in September are the Christopher Guest comedies "A Mighty Wind," "Best in Show," "For Your Consideration" and "Waiting for Guffman," and classics "My Cousin Vinny," "Rambo," "Sunset Strip," and "The Color Purple."