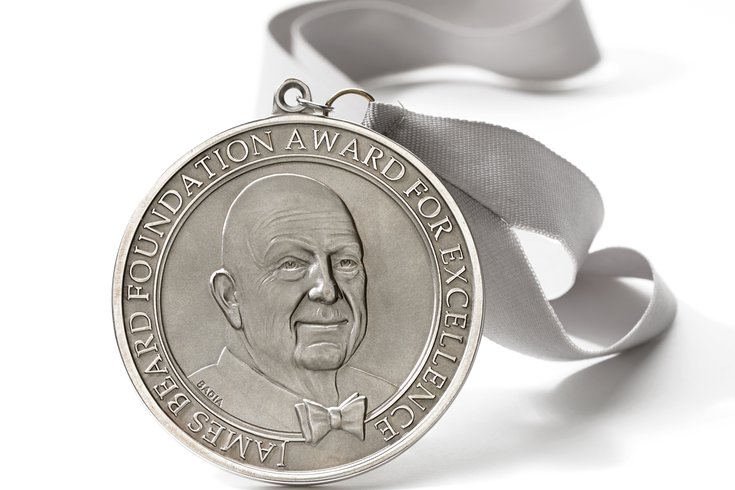 The 2020 James Beard Award nominees include Philly's Marc Vetri, who is up for best outstanding chef, and Kalaya, which is nominated for best new restaurant.

The nominees for the 2020 James Beard Awards include four Philadelphia chefs and the new Thai restaurant Kalaya.

The nominees were chosen from a large group of semifinalists, which included 14 from the Philly region.

Kalaya, which offers home-style Thai cuisine by chef Chutatip "Nok" Suntaranon, was nominated for best new restaurant. The Bella Vista restaurant is named in honor of Suntaranon's mother. The restaurant is still offering takeout and deliveryamid the coronavirus shutdown.

Vetri, who remains one of the biggest chefs in the Philly food scene, was selected as a finalist in the outstanding chef category for the second year in a row for his work at Vetri Cucina.

Earlier this year, Vetri opened a new pasta bar, Fiorella, which is now offering takeout and delivery for his pasta and sauces.

Martinez, Landau and Elmi were nominated for best chef in the Mid-Atlantic region. Martinez is known for her meat tacos while Landau is known for his creative vegan and vegetarian dishes. The two chefs also were nominated in the same category last year, but they lost to Tom Cunanan, of Bad Saint in Washington, D.C.

Elmi, who also has received previous nominations, adds another Philly chef to the competition this year for his work at his French and American bistro in East Passyunk.

Laurel and Vedge are both temporarily closed due to the COVID-19 crisis. South Philly Barbacoa is still accepting takeout and delivery orders. The restaurant's Facebook page has more information on meal options and ordering instructions.

The James Beard Foundation announced the nominees via a Twitter livestream in partnership with Visit Philadelphia. The full list can be viewed here.

The announcement originally was slated to take place on March 25 at the Barnes Foundation but was postponed due to the coronavirus pandemic.

The ceremony for the winners, which typically takes place in early May, will be held on Friday, Sept. 25 in Chicago. The ceremony will be streamed live on the foundation’s Twitter page.

Last year, Michael Solomonov's restaurant Zahav won the James Beard Award for Best Restaurant in the country. It was the only local winner.