The latest offerings delve back into 'Scrubs' and 'The Wire' 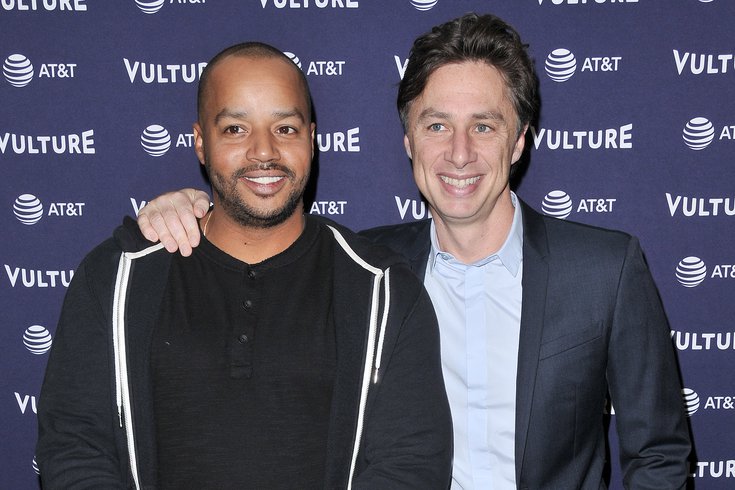 TV rewatch podcasts allow fans to revisit old shows and learn something new. Among those releasing new episodes: 'Fake Doctors, Real Friends,' in which actors Zach Braff and Donald Faison delve back into the sitcom 'Scrubs.'

It's stressful to be stuck at home in the middle of a pandemic with the future seeming uncertain. So many people are turning nostalgic to qualm their woes.

Old shows can be quite comforting — you know where it's been, you know where it's going and you know how it will end. Even among those you haven't watched, the series remains vetted in some way — either through a friend or critic. It can feel nostalgic in all the right ways and even oddly reassuring when other things seem less so.

More than half of all consumers are revisiting old shows and music in order to soothe their current stressors, according to a recent study conducted by Nielson with Billboard and MRC Data. In fact, 54% of participants said they had recently rewatched episodes of shows they had previously seen.

This "Scrubs" podcast is hosted by co-stars Zach Braff and Donald Faison — a.k.a. the two actors who played the best bromance in TV history. See here. It's chock-full of interesting facts about the show and includes interviews with creator Bill Lawrence and co-stars Sarah Chalke and John C. McGinley. It began on March 31, so there's plenty of time to catch up if you haven't given this podcast a listen.

This charming podcast about "The Office" is hosted by co-stars Jenna Fischer and Angela Kinsey. The duo started the series in October and have recently moved on to Season 2. Their friendship and stories about the series are fun and heartwarming. It's worth listening even if you have only watched "The Office" a few times. (The sitcom, by the way, won our March Streaming Madness bracket.)

"The Wire: Way Down in the Hole"

Van Lathan and Jemele Hill of The Ringer take a deep dive into the popular HBO show, "The Wire." The podcast began airing bi-weekly on April 14. For those who haven't seen the drama series, HBO is currently offering it for free on its HBO Now and HBO Go apps. The Ringer also hosts the podcast "Rewatchables," which re-examines films such as “Basic Instinct” and “Tommy Boy.”

The "Buffy the Vampire Slayer" rewatch podcast is bi-weekly and hosted by indie artist Jenny Owen Youngs and her ex-wife Kristin Russo. The duo's hilarious commentary on the show's feminism and the original songs Young writes for every episode of "Buffy" makes this a must-listen.

This podcast on "The West Wing" ended in January, but it's still worth a listen if you feel like exploring the political drama. It's hosted by Joshua Malina, who played Will Bailey, and musician Hrishikesh Hirway. It often features interviews from Malina's co-stars, including Martin Sheen, and creator Aaron Sorkin.

You can listen to the first episode here.

“The Adventures of Danny and Mike”

This is for all the 90s kids who desperately need some of that Nickelodeon, carefree energy in their lives right now. The "Adventures of Pete & Pete" podcast is hosted by the show's stars, Danny Tamberelli and Michael C. Maronna. Episodes are sporadic but feature some interesting content. There's even an episode with Lori Beth Denberg from "All That."

The duo even recorded an episode at Philly Improv Theater in Rittenhouse.

While this "X-Files" podcast ended in 2016, it has a ton of hilarious content from comedian Kumail Nanjiani. He interviews a wide array of guests that are connected to the show, including directors and writers. Whether you're a fan of "The X-Files" or just merely curious since the Pentagon recently released UFO images, this is the podcast for you.