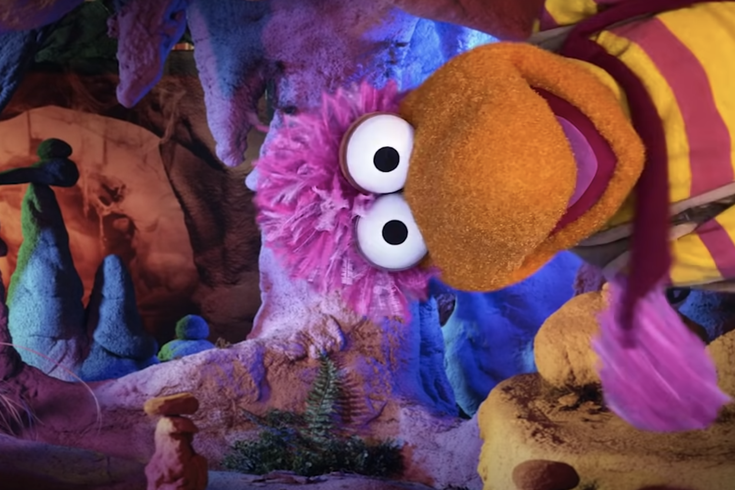 'Fraggle Rock' is getting a reboot on Apple TV+. The Fraggles are practicing social distancing with help from the Doozers. New episodes will premiere on the app for free on Tuesdays.

It's time to dance your cares away, because Jim Henson's beloved '80s kids show, "Fraggle Rock," is coming back as a new short-form series on Apple TV+.

The original gang — Gobo, Red, Boober, Mokey, Wembley and Uncle Traveling Matt — will come together once again on "Fraggle Rock: Rock On!" New episodes of the reboot will premiere Tuesdays on the Apple TV+ app, even without a subscription. That's right — it's free!

In keeping with social distancing guidelines, all of the mini-episodes, which run anywhere from three to five minutes long, were shot using iPhone 11s at the homes of the artists and production team.

In the original show, the Fraggles went on adventures in their caves that span the distance between the worlds of the Gorgs and the humans, also known as the "silly creatures." In the reboot, these happy small creatures are practicing social isolation and only interacting with one another through "doozertubes" — devices that were created by the Doozers, those tiny, hard-working creatures who share Fraggle Rock.

The first episode "Shine On" was released last week and shows the Fraggles receiving their new doozertubes. Now that the group can finally interact with one another, they sing "Shine On, Shine On Me" in celebration.

The original show aired on HBO for five seasons from 1983 to 1987. "Fraggle Rock" inspired a spinoff animated series on NBC, which only ran for one season. In 2015, there were rumors about a film adaption starring Joseph Gordon-Levitt, but since then nothing has been produced.