Elton John biopic ‘Rocketman’ among titles added to Hulu in May

Also look for 'GoodFellas,' 'Demolition Man,' 'The Graduate' and 'The Dark Knight' 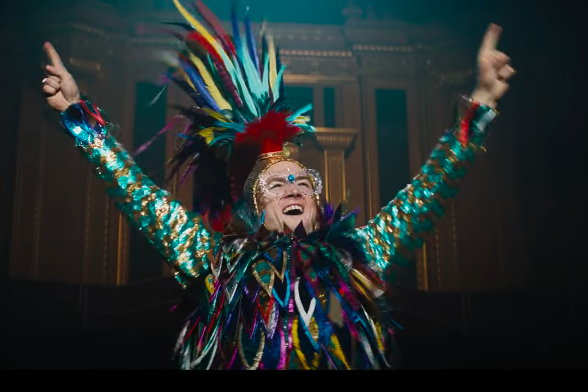 The Elton John musical biopic 'Rocketman' will be coming to Hulu in May,

Hulu has released its list of movies and shows that will be added to the streaming platform in May, and there are some big-time films about to become available to watch on the service next month.

One of those movies will be "Rocketman," the 2019 musical biopic on the life of singer Elton John. It will be available to stream on Hulu beginning May 22.

In the film, actor Taron Egerton plays John who famously wrote and released, among many songs, the chart-topping hit "Philadelphia Freedom" in 1975. Egerton won the Golden Globe for Best Actor in a Motion Picture Musical or Comedy for his portrayal.

The critically-acclaimed film, which grossed over $195 million at the box office, also won Best Original Song at the Golden Globes and Academy Awards for "(I'm Gonna) Love Me Again." It earned another Golden Globe nomination for Best Motion Picture-Musical or Comedy and a Grammy nomination for Best Compilation Soundtrack for Visual Media.


Other popular flicks that will become available to stream on Hulu in May are "Batman Begins," "GoodFellas," "The Dark Knight," "The Green Mile," "The Graduate," and "The Patriot."

Below is a complete list of movies and shows coming to Hulu in next month. As these new programs become available on the streaming service, others will be leaving. A list of shows and movies going off Hulu in May can be found here.

Story Of The Soaps (Special)
Like Crazy
Trial by Fire