Adam Sandler's ‘Uncut Gems’ among titles coming to Netflix in May 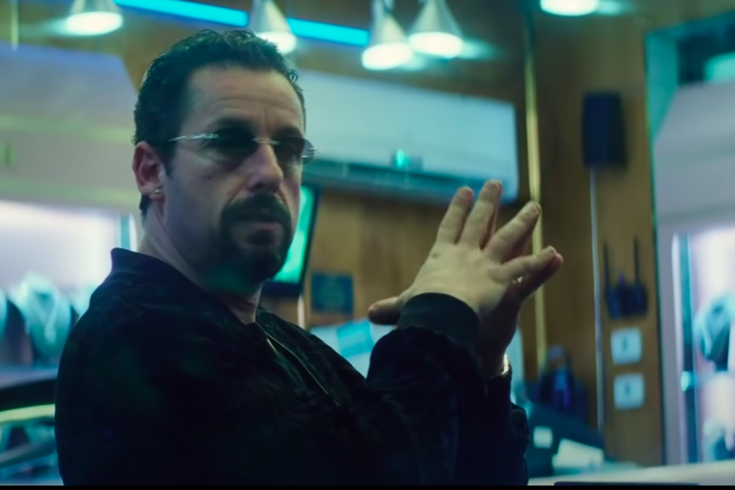 Adam Sandler stars in the 2019 film 'Uncut Gems,' which will be coming to Netflix in May.

Our appetites for movies and shows to stream grows more insatiable with each day of the coronavirus pandemic. "Tiger King" and "The Last Dance" kept us amused for a while, but what's next? We need more!

Fortunately, Netflix released the titles coming to the streaming service in May. Leading the way is "Uncut Gems", the 2019 critically-acclaimed film directed by the Safdie Brothers, starring Adam Sandler as a New York City jeweler and gambling addict. The film, which was release in theaters in December, racked up $50 million at the box office.

The movie takes place during 2012, and much of the gambling in the film centers around the Philadelphia 76ers' playoff series against the Boston Celtics in the Eastern Conference Semifinals that season, which the Sixers lost to their rivals in seven games.

Highlights of that series appear throughout the movie, and one scene in the film depicts Sandler's character in the bowels of what is supposed to be the Wells Fargo Center during a practice ahead of a playoff game.

Sixers' center Joel Embiid had been slated to star alongside Sandler in the film, but production of the movie conflicted with the NBA season and prevented Embiid from making his debut on the big screen. Instead, Hall of Famer Kevin Garnett served as Sandler's co-star in the film.


Below is the complete list of the movies and shows coming to Netflix in May. There also are many titles set to leave the streaming service next month, like "Crouching Tiger, Hidden Dragon," "Good Burger," "Goodfellas," and "Teenage Mutant Ninja Turtles." The list of titles leaving Netflix in May can be found here.

Bordertown (Season 3)
Trial by Media (Season 1)
Have a Good Trip: Adventures in Psychedelics

Patton Oswalt: I Love Everything