The Strokes resurface in uneasy times on 'The New Abnormal'

Almost 20 years after debut 'Is This It' arrived in the aftermath of 9/11, New York City group again finds somber serendipity 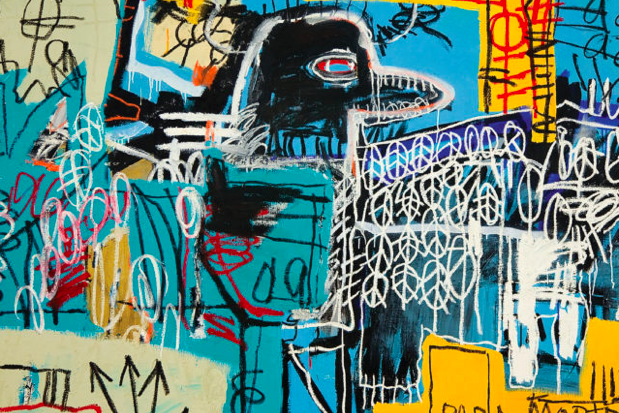 The Strokes return in 2020 with "The New Abnormal," their first LP in seven years. The cover art features a painting by neo-expressionist artist Jean-Michel Basquiat.

What kind of dark clairvoyance did The Strokes possess to write an album so strangely suited to the current world predicament?

"The new abnormal," it turns out, was a remark that the band once heard from former California Gov. Jerry Brown, who was talking about the state's wildfires. It rings a bit heavier still in the age of COVID-19 and social distancing.

The Strokes are a band that's been really easy to simultaneously doubt and saddle with unrealistic expectations. The book on them is so heavily prefaced (trust fund kids, too cool for school, great first two albums, dysfunctional and apathetic ever since) that each subsequent release is received by critics as an apology of sorts. In turn, the band's writing has grown more self-conscious of this perceived rock penance they supposedly owe.

They burned too brightly and brashly at the turn of the century, so it seems. They were annoyingly good, and then just annoying or good, depending on your tastes.

But you know what? The Strokes have always been singularly melodic and oblique. They emit the kinetic sound of trouble in paradise — on Earth. Sometimes it's fast, sometimes slow. Sometimes it's sweet, sometimes labored. In 2001, their music made this crashing paradise a place to brood, preen and wonder, judgment-free and guilt-free. The band spent the next 20 years crushed by both, anyway.

They deserve some credit for this album in 2020.

"The New Abnormal" has fairly lengthy songs that lack the same metronomic punch and perfection of the early Strokes days — or even 2013's "Comedown Machine," their last LP — but it's not a bad thing. Producer Rick Rubin mostly strikes the right balance of lucid instrumentation and cohesive grandiosity for a 20-year-old group with well-documented issues.

A few tracks ("Bad Decisions," "Brooklyn Bridge to Chorus") will rightfully be docked for their openly derivative melodies. The band gives credit to the artists they stole from — Billy Idol, most obviously — but even here, Julian Casablancas' vocal performances earn these songs the benefit of the doubt. A trained ear for this band will actually hear them ripping off themselves and their side projects more often than anyone else.

The highlights ("At The Door," "Not the Same Anymore," "Ode to the Mets") display a readiness in The Strokes' ability together that vindicates the years in direction their sound began traveling on 2006's "First Impressions of Earth," when they removed the hermetic seal from their garage-era groove, to mixed results.

On "The New Abnormal," only "Eternal Summer," a politically charged salute to Pink Floyd, comes across as a bit of a forced venture. They've experimented successfully at times on their past two albums, and on 2016's "Future Present Past" EP, but here they ended up reaching for something they were plenty capable of surpassing by other means.

"Selfless," the track linked above, is probably not the song that will get or even deserves the most attention, yet it stuck with me. For all its resemblance to "Life Is Simple in the Moonlight," from 2011's "Angles," it shows The Strokes finally nailing a merciful ballad, freed from all of the constraints and too relieved to be spiteful. It's generous in a time of need.