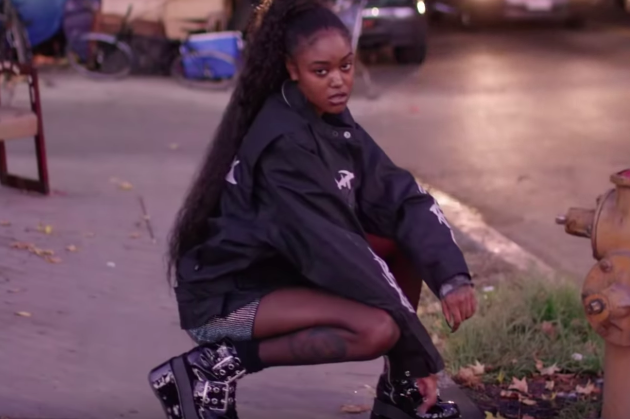 West Philly rapper Chynna Rogers died at age 25 on Wednesday. The cause of her death has not been confirmed.

West Philadelphia rapper and model Chynna Rogers died on Wednesday. She was 25.

"Chynna was deeply loved and will be sorely missed," her family said in a statement given to E! News. The cause of her death has not been confirmed.

Rogers struggled with opioid addiction, which she addressed on her 2016 mixtape "Ninety," released after she had achieved three months of sobriety.

"I realized I didn't have control of the situation anymore the day that I didn't even feel like getting high," Rogers told Pitchfork in 2016. “It got to the point where I had to do something just to be able to get onstage and do my job. I didn’t like that."

Rogers was signed by Ford Models when she was 14. After moving to Brooklyn a year later, she began a career in the music business by interning for the late record producer A$AP Yams, who died from accidental drug overdose in 2015. She later joined A$AP Mob, a New York hip-hop collective, releasing the singles "Selfie" in 2013 and "Glen Coco" in 2014.

Rogers found her greatest inspiration from surrealist painter Salvador Dali. In an interview with PhillyVoice in 2016, the rapper noted, "I can get lost in his surreality instantly and I find myself asking all the questions I believe were running through his mind when he started creating his work." She even used a photo of Dali and Coco Chanel for the artwork for her 2018 single, "Leo Season."

Her death sent shockwaves through the rap community. Philly rapper Tierra Whack tweeted, "I don't like surprises and life is full of em!" She then tweeted immediately after, "Philly is really one big a** family!"

I don’t like surprises and life is full of em!

Other artists paid tribute to Rogers, including A$AP Mob.

We gon miss you Chynna 💔 pic.twitter.com/nUGQEtlH2H

Anyone that ever was blessed enough to have met or been around chynna knew how pure of a soul she was. Loving, giving, humble, talented, an amazing human being. What a sad fucking day.

chynna you were fuckin hilarious bro... today was our last exchange of jokes & those i will miss the most. i can’t believe it idk how to

i love you. so very much.

my heart is officially iced.