Philly native hints at next project 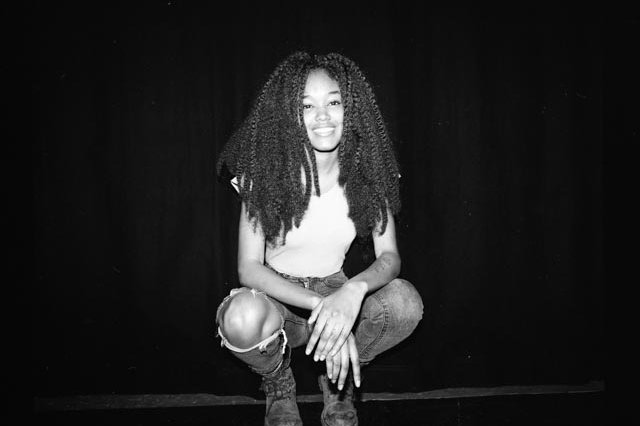 At just 21 years old, Chynna Rogers has already made a name for herself in both the hip-hop and fashion worlds. The Philadelphia native was discovered by Ford Models as a young teenager and quickly began landing modeling gigs in New York. A few short years later, Rogers could be found strutting down the runways of New York Fashion Week or in a DKNY print campaign.

When she's not working for major fashion houses, Rogers can be found on stage rapping her latest hits to a growing fanbase. Songs like "Glen Coco" (yes, like the "Mean Girls" character) and "Selfie" got her noticed, but more recent tracks like "The Conversation" have her star rising rapidly. Though she's now based in Brooklyn, Philly can add Rogers to the growing list of big artists emerging from the city's rap scene.

Below, Rogers shares a few thoughts on her personal style and gives a cryptic hint as to what her next project entails.

Who or what is your biggest artistic inspiration?

Salvador Dali. Dali is one of the only visual artists I really feel is worth their price. I can get lost in his surreality instantly and find myself asking all the questions I believe were running through his mind when he started creating his work. Had to get some inked on my skin.

If you could collaborate with any artist, living or dead, who would it be?

Beethoven. Going straight to the source.

What advice can you give to other young women looking to start a rap career?

Remember why you started. AND ... if you fall for another rapper, which I can almost promise you will, make sure y'all are genuine friends first. Or, at least enjoy the other's music. You'll suddenly hear it all the time. But forreal.

How would you sum up your personal style?

You’ve found big fans in modeling & music – what can your fans expect from you next?

Music to be murdered by and visuals to tell the tale.