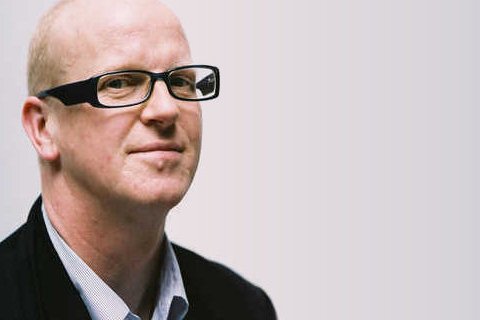 Author Charles Leadbeater was once advisor to Tony Blair.

British author Charles Leadbeater has spent years writing about innovation and creativity and how large industries, organizations and cities can harness them. In addition to serving as an advisor for Tony Blair, he's written books like "We-Think: Mass Innovation, Not Mass Production" and "The Frugal Innovator" and is a sought-after public speaker.

Leadbeater is visiting Philadelphia from the U.K. on Tuesday, Jan. 12 to discuss how civic innovators are using social technologies to improve neighborhoods and cities. Before his visit, we had the chance to pick his brain on the state of innovation and what he thinks about Philly.

What does being a “civic innovator” mean to you, for those who don’t know the term?

Civic innovators create better ways for cities to work. Cities depend on there being lots of different people who can come together. That is what makes them exciting and generates new ideas. But that also poses challenges, of transport and logistics, for example, but also of culture and how people live together. Civic innovators help to make cities come to life, to run smoothly so lots of different people can get on well together.

How can everyday people support their city’s civic innovators?
To not turn their backs on them when they seek to get the community moving. The more people come together to contribute a little to their community, the more the community will grow, and the easier it becomes to contribute more. That is the dynamic of mutual gains that civic innovators create. Sometimes they can seem a little wacky or overenthusiastic because they are out in front, so the first people to put up their hands to support them are really vital.

What’s your favorite part about Philadelphia?
Philadelphia is a fantastic city, with HUGE potential. Its population is growing again. There are many thriving neighborhoods. Downtown is Manhattan without the hassle and the prices. It's fantastically well connected, full of great places to eat and easy to get around. It's a city with real character, and it's on the way up.

From an outsider’s perspective, what can Philadelphia improve on?

Philadelphia's challenges are no different from most cities around the world: how to grow the city economically and ensure that everyone has a real opportunity to be part of that. Too often too many people and places are left behind when cities grow. Really successful cities in the future will grow in a fair and inclusive way rather than succumbing to extremes of inequality. And, of course, education is vital to that: Almost all U.S. cities, even thriving ones, it seems to me, are struggling to get their public education systems right. You cannot have a successful city that has a public education system that is not up to scratch.