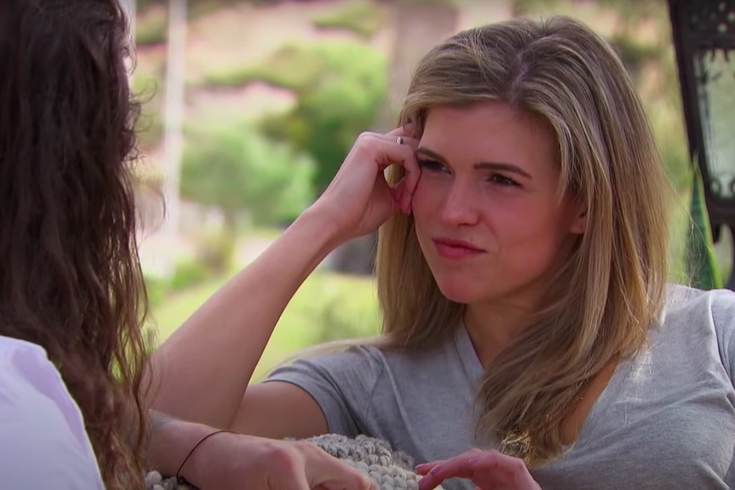 'Listen to Your Heart'/YouTube/Bachelor Nation on ABC

Julia Rae Schlucter is representing Philly on the new show 'The Bachelor Presents: Listen to Your Heart.' The 27-year-old is a native of Wayne, Pennsylvania.

Julia Rae Schlucter, a native of Wayne, Pennsylvania, is one of 23 contestants on the first season of “The Bachelor Presents: Listen to Your Heart,” which premiered Monday, April 13.

The show, a musically-focused spinoff of the popular dating reality TV show "The Bachelor," is about finding love through music. The dates are music-centric and contestants are tasked with singing songs together in order to find out who they are most compatible with. All of the contestants live together in the mansion where "The Bachelor" is filmed, located outside of Los Angeles, California.

Schlucter, who goes by Julia Rae on the show, is one of 16 single women and men who remain after two episodes.

The 27-year-old who's repping Philadelphia on "Listen to Your Heart" began her music career when she started singing at the age of six, according to her biography on the show's website. She then began writing and recording original songs professionally by the time that she was 15. Her work can be found on streaming services such as Apple Music and Spotify, where she recently released a single called "Wishing Well."

Schlucter, who is a model and actress, was named Miss Philadelphia in 2015 and has worked as a news reporter for 6ABC. She's sang at the Philadelphia Thanksgiving Day Parade for eight years and also sung the national anthem at both Sixers and Phillies games.

Based on her Instagram account, Schlucter is a huge Philly sports fan and has been to Sixers, Eagles, Phillies and Flyers games. She even made it onto the jumbotron at both Sixers and Phillies games for her dancing moves, and appeared in a CURE Auto Insurance commercial with former Eagles running back Darren Sproles in 2017.

This video seems to be having another moment based on some DMs from new followers 😂 I’m okay with that though bc it is my forever mood 💃🏼 and no, this wasn’t planned in advance, this is just me 🤷🏼‍♀️

Schlucter also explained on the show that she was born with cystic fibrosis, a life-threatening illness that affects both the lungs and digestive system. While struggling with the condition, she was constantly in and out of the hospital, but she has since been doing better due to breakthroughs in medicine.

Schlucter’s experience with cystic fibrosis inspired her to start a charity called Singing at the Top of My Lungs, which is dedicated to making a difference in the lives of hospitalized children through music, art and other programs.

As for her role on the show, Schlucter seems to have potentially found herself in a love triangle after the first two episodes. She gave contestant Sheridan Reed a rose during last week’s episode and went on a date with him during this week’s episode to perform live on-air at iHeartRadio studios.

While Reed gave Schlucter a rose this week, it came after she admitted to Reed that she also has feelings for fellow contestant Brandon Mills. Mills, who went on a date with – and gave a rose to – contestant Savannah McKinley this week, said to Schlucter at the end of the episode that he appears interested in keeping communication lines open between the two after initially stifling her interest in him.

You can watch a clip of the drama below. The show can be watched Mondays at 8 p.m. on ABC.