The promotion comes weeks after the host's controversial remarks about Dr. Anthony Fauci 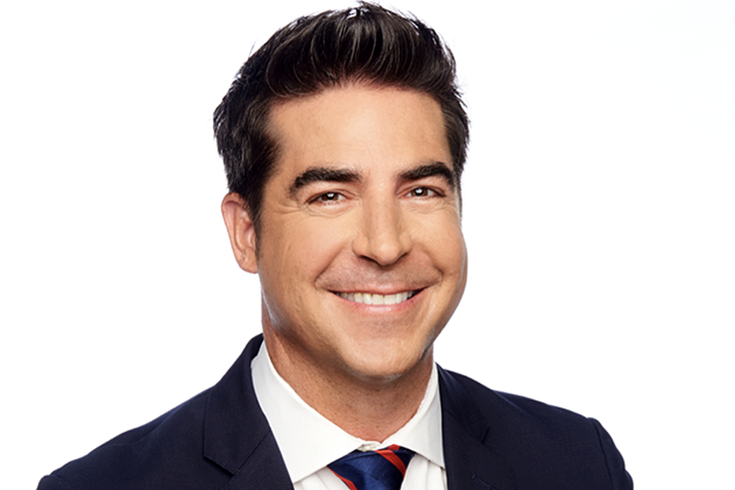 Jesse Watters has been named the permanent host of the 7 p.m. time slot on Fox News Channel. His show, 'Jesse Watters Primetime,' will premiere Jan. 24.

Fox News has promoted longtime host Jesse Watters to a new primetime show that will take over the network's 7 p.m. hour beginning later in January.

Watters, 43, who was raised in Philadelphia's Germantown and East Falls neighborhoods, first joined Fox News as a production assistant in 2002. Within a year, he became a correspondent on "The O'Reilly Factor," where he made a name for himself with man-on-the-street segments.

After debuting a monthly segment of "Watters' World" in 2015, Fox News gave the program a weekly Saturday night slot and installed Watters as a co-host on the conservative network's popular weekday afternoon show "The Five."

With the upcoming debut of "Jesse Watters Primetime" on Jan. 24, Watters will remain a co-host on "The Five" but will transition out of his weekend show.

"Jesse's versatility and hosting acumen has grown exponentially over the last five years, and he has developed a deep connection to the audience through two hit shows 'The Five' and 'Watters' World,'' FOX News Media CEO Suzanne Scott said. "We look forward to watching him expand his connection even further through this new solo weeknight hour."

He instructed his audience to deliver a metaphorical "kill shot" that would expose Fauci's shortcomings and lack of transparency in the nation's response to the COVID-19 pandemic, but advised those in attendance to "make sure it's legal" and act respectfully.

The incendiary, dangerous, violent rhetoric against Dr. Fauci continues at AmericaFest. Fox News host Jesse Watters tells them how to go after him to harass him in public: “Now you go in with the kill shot - deadly. Because, with an ambush, he doesn’t see it coming.” pic.twitter.com/V34YZwDdPD

Fauci called Watters' speech "crazy," urging Fox News to cut ties with him, but the network downplayed the host's aggressive language and dodged the pattern of death threats Fauci has received during the course of the pandemic.

"Based on watching the full clip and reading the entire transcript, it's more than clear that Jesse Watters was using a metaphor for asking hard-hitting questions to Dr. Fauci about gain-of-function research and his words have been twisted completely out of context," the network said in a statement.

Watters' new show will take over the "Fox News Primetime" hour that has been featuring a rotating cast of hosts since the network moved Martha MacCallum to the 3 p.m. slot last year.

"I'm thrilled to take on this new challenge and am grateful for the opportunity," Watters said.