Shielded by her tenure, the controversial Ivy League teacher decried the danger of an 'Asian elite' 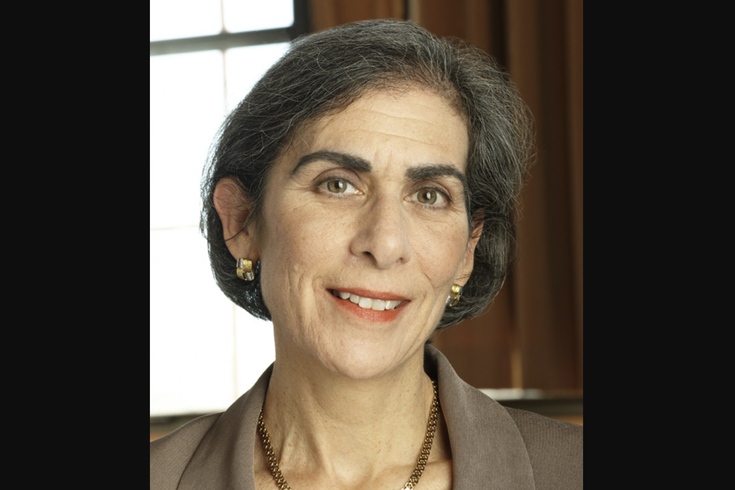 Amy L. Wax, a law professor at the University of Pennsylvania has a history of making bigoted remarks and portraying her statements as a stand against the suppression of truth in academia. As a tenured professor, she has escaped consequences for her repeated, transparent efforts to disparage people of color under the guise of her scholarship.

University of Pennsylvania law professor Amy Wax has spent the last several years debasing her titular prestige by aspiring to be an edge lord.

Year after year, Wax resurfaces with her blatantly racist and factually incorrect smears of minorities, reminding everyone that her tenure at the Ivy League school is an embarrassment. She uses that protection as a shield, fancying herself as some kind of maverick defender of American cultural values that equate to little more than an odd mixture of insecure white pride and snobbery. It's at the root of every arrogant argument she makes and undermines any valid insight that her scholarship might suggest she would have to offer.

As a refresher, Wax, 68, previously has said that America "will be better off with more whites and fewer nonwhites" and that Black law school students "rarely" graduate in the top half or quarter of their classes, despite possessing no academic evidence to support this.

Wax's ideology revolves around having loose fun with stereotypes and her conviction that the nation's social ills — from the opioid epidemic to unemployment and gun violence — boil down to a departure from specifically white "bourgeois values" and the non-assimilation of immigrants of color.

Wax made another appearance in late December on the podcast of Brown University sociologist Glenn Loury, who now and then will cordially grant her a platform for her attention-seeking provocations.

"I've been canceled so much that I feel like I've sort of gone through the tunnel to the other side of cancellation, which is pretty liberating in a lot of ways," Wax said on the Dec. 20 episode of "The Glenn Show."

Wax's latest targets are Asian immigrants in the United States, a group she claims does not embrace a "don't tread on me attitude" and shies from non-conformism. The comments Wax made started to circulate widely after the editor of Current Affairs magazine, Nathan Robinson, tweeted about them on Sunday.

University of Pennsylvania law professor Amy Wax, who insisted she was not a racist despite praising the superiority of "European" culture, now argues that the US needs "fewer Asians" and we need to be asking "how many" Asians are too many. pic.twitter.com/WaPCMGglAC

Wax's discussion with Loury covered a lot of ground, much of it dedicated to the tired subject of "wokeness" disturbing their wholesome hostilities, but Wax became particularly fixated on a fear that Asian elites don't possess the American desire to challenge central authority.

"(We) have to distinguish mass-immigration, which we're getting from the Hispanics, south of the border, which I think poses different questions and challenges from the Asian elites that we're getting," Wax told Loury, via The Daily Beast. "It doesn't mean that the influx of Asian elites is unproblematic. I actually think it's problematic … I think it's because there's this … danger of the dominance of an Asian elite in this country, and what does that mean? What is that going to mean to change the culture?"

When one of Loury's listeners later wrote in to challenge Wax's views on Asian immigration, Wax responded that listener was "too optimistic" about the positive influence of Asians in society.

"In the case of Asians in the U.S., the overwhelming majority vote Democratic," Wax responded. "I find Asian support for these policies mystifying, as I fail to see how they are in Asians' interest. We can speculate (and, yes, generalize) about Asians' desire to please the elite."

Wax later added, unequivocally, that Asian immigration to the U.S. should be minimized due to their support of a "pernicious" Democratic Party.

"As long as most Asians support Democrats and help to advance their positions, I think the United States is better off with fewer Asians and less Asian immigration," Wax said.

Penn Law School Dean Theodore Ruger, who has publicly admonished Wax in the past, condemned her latest comments as "diametrically opposed to the policies and ethos of this institution."

"Once again, Amy Wax has, through her thoroughly anti-intellectual and racist comments denigrating Asian immigrants, underscored a fundamental tension around harmful speech at American universities," Ruger said. "Like all racist generalizations, Wax's recent comments inflict harm by perpetuating stereotypes and placing differential burdens on Asian students, faculty, and staff to carry the weight of this vitriol and bias."

For the past few years, Wax has been relegated to teaching only elective courses at Penn. Alumni have petitioned to have her fired and law professionals from across the region have banded together to denounce her views.

But Ruger's latest statement reiterates that the tenure protection given to Wax's speech is the same standard that empowers other scholars to pursue controversial research.

"The same academic freedom principles that permit current scholars to engage in critical and overdue analysis of this nation's historical and structural discrimination – despite zealous efforts to censor such speech by some – also apply to faculty like Wax who voice xenophobic and white supremacist views," Ruger said.

"They're still trying to fire me at my law school," Wax said. "They've got some complaint that they're processing, but of course they have this massive bureaucracy and the complaint is winding its way through this hideous (Diversity, Inclusion and Ethics) bureaucracy. I'm not terribly worried about it."

An update on the status of the complaint against Wax was not immediately available, but a Penn Law spokesperson said Tuesday that the university has no plans to let Wax return to teaching courses that are part of the mandatory first-year curriculum. Wax does not serve on any faculty committees and does not have any role in admissions, curricular planning or staff hiring, although she does retain a vote for faculty hiring.

"We have also expanded course offerings in her areas of elective teaching," the spokesperson said, meaning for students there are options not to take classes Wax teaches.

As the remarks from her recent conversation with Loury spread, many have again called for her to face stricter discipline or removal from Penn Law.

Mary Trump, the author and niece of former President Donald Trump, lamented that Wax maintains such an influence.

It helps explain the situation this country finds itself in that an Ivy League university allows the morally and intellectually bankrupt racist #AmyWax teach the next generation of American lawyers. There should be consequences for this kind of hateful rhetoric @pennlaw.

Ari Cohn, a Chicago attorney who specializes in First Amendment and defamation matters, pointed out the hypocrisy of Wax's conclusions about Asians.

So Amy Wax thinks there should be fewer Asians because she doesn't like their politics.

Sounds a lot like the cancel culture she bitched about being the victim of. https://t.co/BQlmt0Nfji

At her core, Amy Wax is a rotten hypocrite. She complains about people attacking her free speech rights, while arguing for fewer people who express themselves in ways she doesn't like.

Any Wax is no free speech champion. She's unworthy of respect.

Elie Mystal, a justice correspondent at The Nation, criticized Penn for allowing this situation with Wax to drag out for several years.

At this point in the Amy Wax saga, @pennlaw is more concerned about accusations of "cancel culture" than they are about employing an open racist and letting her infect children

Over at Above the Law, Joe Patrice has often written about Wax's antics, including her attempts to cite Wikipedia to defend some of the performative opinions she masks with her credentials. Patrice has pointed out that Penn's reluctance to cut Wax loose seemingly has less to do with academic fealty to tenure than it does a fear of blowback from trustees, one of whom resigned a few years ago after Wax was pulled from teaching the core curriculum classes.

"Every single time Wax pops up to tie Penn Law's reputation to her quackery, the school has shrugged its shoulders, preferring to treat Wax like the institution's crazy, tenured aunt," Patrice wrote in 2019. "There's always another excuse to be made for Wax's continued employment."

In the meantime, we're starting to hear what Wax sounds like from the other side of the tunnel of "cancellation," as she puts it, and it's doubtful she'll be changing her tune or her tone. At this point, Penn has to consider whether it's confusing its academic principles with giving Wax the upper hand to toy with the university's good name, vainly parading as a defender of truth.