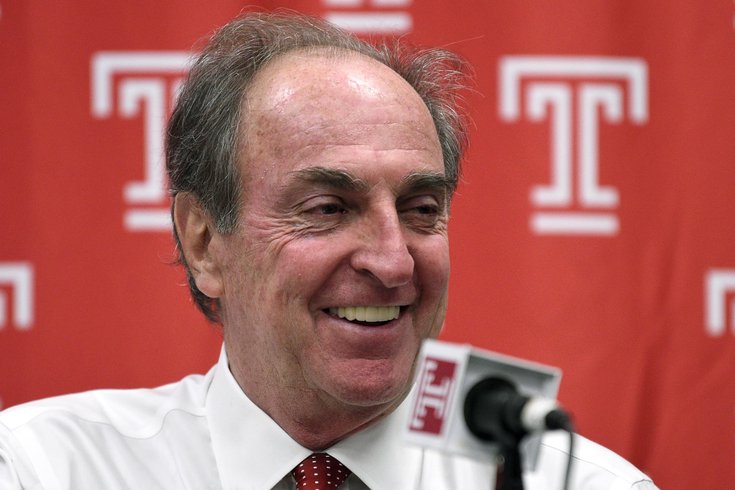 Fran Dunphy will step in as acting director of athletics at Temple University, where he previously coached the Owls men's basketball team for 13 seasons. Dunphy is the all-time winningest coach in Philadelphia Big 5 history.

Dunphy, the all-time winningest coach in the history of Philadelphia's Big 5, coached the Owls for 13 seasons (2006-2019) and previously coached at the University of Pennsylvania (1989-2006).

"Although this is a new role for Fran Dunphy, the truth is that he's been a leader at Temple, in Philadelphia and in the nation for decades," said Temple University President Richard Englert. "From the court to the classroom, to his advocacy and philanthropic efforts, Fran has time and again proven his dedication to our university and our city, and we look forward to seeing the positive impact he will undoubtedly make as acting director of athletics."

Dunphy, who had stepped away from coaching, said he was eager to take on this role as the landscape of college athletics remains uncertain during the coronavirus pandemic.

"When Temple calls and asks, my tendency is to say 'yes,'" Dunphy said.

The announcement comes after former director of athletics Patrick Kraft left the university for a job at Boston College earlier this month.

Dunphy was inducted into the Big 5 Hall of Fame and the Philadelphia Sports Hall of Fame last year. He has continued to teach a management course at Temple's Fox School of Business and has been involved in local charity work for the American Cancer Society and Big Brothers Big Sisters Independence Region.

"He is a man of impeccable character, and when asked to step in and serve as acting athletic director in a tumultuous time in intercollegiate athletics he never hesitated to answer the call," McKie said. "We are so fortunate to have him step in to lead our department through this critical period."