'Game of Thrones' baby names are surging in popularity 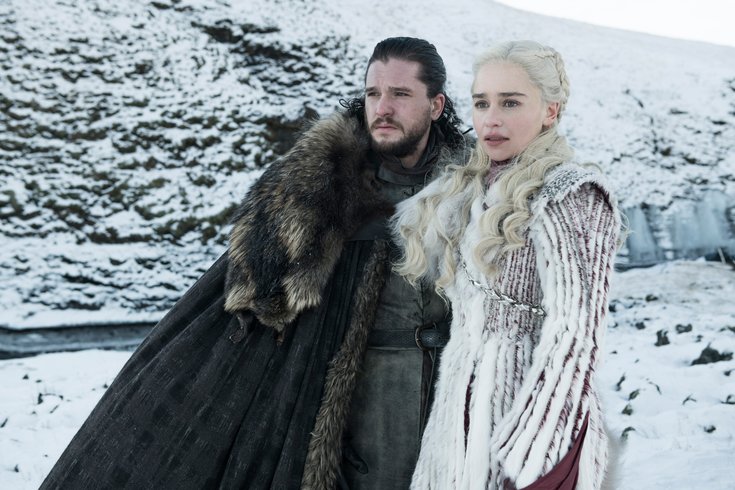 "Game of Thrones" has done more for us than just give us anxiety and mourning, it's also, apparently, has given us baby names.

Through data that was collected by the U.S. Social Security Administration and compiled by Names.org, there has been increased interest in parents giving their newborns GoT-related names between 2011 to 2017, years that overlap with the show's run on HBO.

There has also been a spike in the name Maisie – as in Maise Williams, the actress who plays Ayra Stark. The census shows there were 5,308 people named Maisie in 2017. While in 2011, 138 newborn babies were named Maisie, that number increased to 594 in 2017.

It is worth noting that the rise in Ayra's popularity may not be entirely due to "Game of Thrones." The study cites the spelling varies between Ayra and Aria, and between 2011 and 2017 there was another popular show that featured a character named Aria on Freeform's "Pretty Little Liars."

That said, we're pretty sure once everyone has seen Episode 3 of this current season, naming babies after Ayra will live on for years to come.

Since 2011, almost 500 babies have been named after Daenerys and nearly 2,000 babies were named Khaleesi.

Emilia Clarke, who plays Dany on GoT, has also seen increased interest in her name, too. There were 31,873 people name Emilia in 2017, with 3,581 added that year alone.

It's hard to gauge the show's effect on the name Jon, as in Jon Snow, considering its popularity already, but there were 2,813 with the name Kit – as in Kit Harrington, the actor who plays Jon Snow – in 2017.

While Cersei doesn't seem to have received much love, Baby Center ranks the name No. 9,580 among all names in 2017, which means someone, somewhere did name their child after her.

The ranking number is pretty low, however, when you consider Ayra was ranked #135. Somewhere in the GoT universe, heads are rolling for this.