Twitter reacts to 'Game of Thrones' Episode 4, 'Last of the Starks' 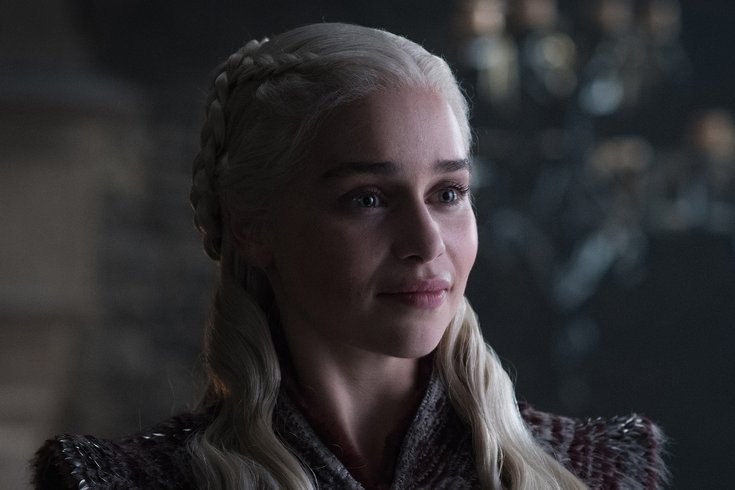 It’s been a lot for “Game of Thrones” fans, and luckily after last week's anxiety-inducing and barely visible episode, we did get somewhat of a break.

Sunday's episode gave us a little bit of everything, With everyone recovering from what was the most intense battle so far in the “Game of Thrones” universe, there’s a lot of celebrating happening.

RELATED:  The best Twitter reactions to 'Game of Thrones' Episode 3

This includes – can you even believe it – Brienne and Jaime finally hooking up, before, you know, breaking her heart to potentially go back to Cersei. (Potentially, because who wants to believe he's that stupid? Then again, Tyrion believed he could actually reason with Cersei. Those Lannister boys are not that smart, are they?)

Me during this Jamie and Brienne scene #GameOfThrones #DemThrones pic.twitter.com/hrJ6rUVGNF

“Stay with me, stay with me please.”#GameofThrones

Gendry, now a Lord, proposed to Night King slayer, Ayra. (Who wouldn’t want to put a ring on that?) But Ayra just kinda shrugged and turned him down a bit bluntly. In all fairness, she just knows she has more slaying to do.

Through the celebration, however, things take an unexpected turn when Euron Greyjoy shows up, overtaking the Targaryen fleet, and kills Rhaegal, one of the only two dragons remaining.

How I felt watching Rhaegal fall from the sky. #GamefThrones pic.twitter.com/HY5lg4pLfM

Despite Sansa's warnings, Daenerys, Tyrion, Varys, and Grey Worm agree to meet with Cersei outside of King’s Landing in order to save Missandei, who was captured by Euron. And that was a bad idea, because guess what happened anyway? Missandei gets the ax at the hand of The Mountain. Go figure.

Though that’s not the only betrayal in Episode 4. Jon promised Dany that he would not tell anyone about his true heritage, and then like some Real Housewife from New Jersey turned around and told his siblings, Ayra, Sansa and Bran (who already knew) behind her back.

Even after Jon asked them to promise not to tell anyone else, Sansa blabs to Tyrion, who then tells Varys.

Jon: don’t tell anyone. Swear it.

Daenerys season 7 : “Swear this to me, Varys. If you ever think I’m failing the people, you won’t conspire behind my back.”

So yeah, I guess you could say everything is A-OK. Especially for Dany who looks particularly pleasant this episode. J.K. Her world is burning and you can see it in her eyes. Dracarys.

#GamefThrones When you come over to Westeros and lose half your Unsullied, nearly all your dothraki, two dragons, your two bffs and your council is plotting to betray you and the new lover you lost it all for is your nephew. #dracarys pic.twitter.com/8nRkJfJ03c

Well Daenerys stans, the Mad Queen era is here. It is our time. #GamefThrones #ForTheThrone pic.twitter.com/5naWwbLPFw