Get to know David Yager: University of the Arts' new president 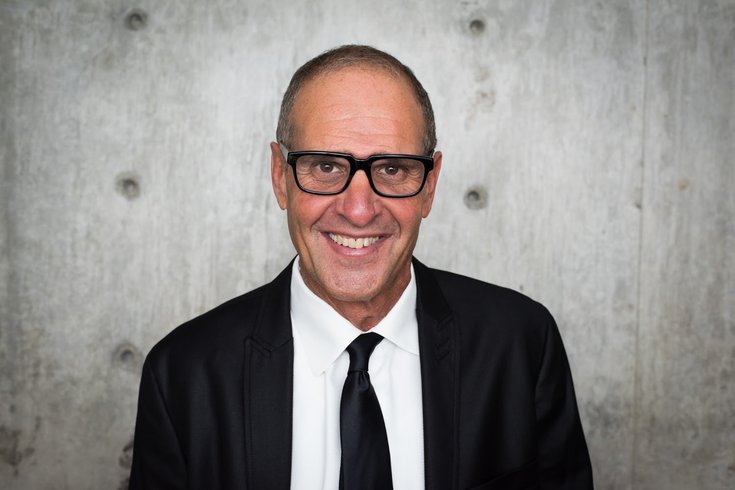 Handout Art/University of the Arts

David Yager was appointed president of University of the Arts in September. He will succeed Sean Buffington, who left in January to become a vice president at the Henry Lucy Foundation in New York.

Know this up front: University of the Arts president David Yager is not a "cookie-cutter person."

Or, at least, that's how he describes himself heading into his new role.

Yager, 66, was appointed in September by the university's board of trustees to lead the University of the Arts, its fourth president since gaining university status in 1987. He currently serves as the University of California at Santa Cruz's Dean of Arts and previously maintained a lengthy stint as a professor at the University of Maryland. As an artist, it's not entirely clear what dominant label might suit him because he's tackled practically the full spectrum of the arts in his lifelong career: photography, printmaking, painting, interactive gaming, visual arts, theater arts, imaging and more.

He's also a sports guy. He played basketball and lacrosse growing up and regularly makes sports analogies when talking about artists, linking their similar work ethics and tendencies to get waylaid in their career without a guiding hand.

Most notably, though, he developed the Innovation and Design Lab for Johns Hopkins Medical Institutes Department of Pediatrics. The lab, a marriage of science and the arts, was created to cultivate design-based solutions to healthcare problems using talents that range from animation to simulation to visualization.

With arts graduates continuing to take on a massive debt load coming out of the country's arts schools, Yager comes into the presidency of the 1,890-student-population school at a challenging time - especially in the context of a city that fights tooth and nail for every funding dollar for the arts. The school, then, is due for an innovative approach.

Below, six takeaway goals plucked from our conversation with Yager, in anticipation of his move to Philadelphia in January.

• Raise relationships, not (just) funds. With an annual tuition cost of $39,908, University of the Arts students have long been critical of tuition hikes and skeptical of fundraising efforts. And with tuition all but maxed out (by Yager's own admission), Yager's open to ideas for establishing bigger endowments - but thinks of fundraising as part of a larger picture, not an end-all, be-all.

"I think of it as one slice," Yager told PhillyVoice. "‘Are you going to go out and raise money?’ Yeah, I’ll raise money, but it’s a small slice. For me, it’s about raising awareness, and smart contacts that help us in lots of different ways besides money." In short, he wants fundraising to be "educational" and not "transactional" - a partner, rather than a donor.

• Emphasize buttressing faculty - and maybe give them a raise. Yager said that, while touring University of the Arts, he was moved by the dedication he observed from faculty. Support for a strong staff will be a priority for his tenure as president, he said. "I’ve had a statement for 25 years that, in this day and age, you can build and change curriculum, but one thing you can’t change is faculty," he said. "They are there, and for many reasons it's difficult to change them. If you go somewhere and expect to change faculty in a short time, you are in for a tough ride."

Yager: I want to be able to, in a minute, be able to talk about the core of what makes U Arts the best. And I’m struggling with that, and we’re all struggling to figure that out, and that’s the next six months of hard work.

He also brushed aside the suggestion that the university cut administrative positions or decrease salaries to keep tuition affordable - an idea he cited as not thoughtful of a larger problem. "I think it’s a simple way that one could attack a problem," he said. "As someone who works holistically in a hospital, I joke that ‘We‘re attacking the symptom of the problem and not the problem.’ The problem is much bigger than that." He'd rather, in fact, give faculty a raise -- though he cautioned that the market dictates salaries more than he does.

• Stress art as business. "In the past 50 years, there are reasons the art market has done better than the stock market," Yager said. "It’s important to educate students broadly in a liberal arts art background so they have opportunities. If you look at statistics, the number of students who graduate from universities of art, the percent who are working in the art field is not very high." While not yet committing to any program changes, he added that it is the university's "obligation" to educate students that art - as talent- and passion-driven as it may be - is still a business.

• Evaluate the university's need for a facelift. The university's iconic Hamilton Hall may continue to thrive despite being the oldest building on Broad Street, but the same can't be said for all of the university's 10 buildings. "When I walked around, it was 'The good, the bad and the ugly,'" Yager said of the university's facilities. Though, he clarified that certain spaces are best left looking slightly unkempt because of their "grit." His overarching fear is a facilities expansion that prohibits paint on the walls and floors and begins to feel, in his words, "corporate." "I’m thinking, 'Are buildings functioning in a way for faculty to be successful? Are they preventing them from doing the things they need to do?' That’s a different case from building buildings. And that's what I’m interested in -- especially initially.” 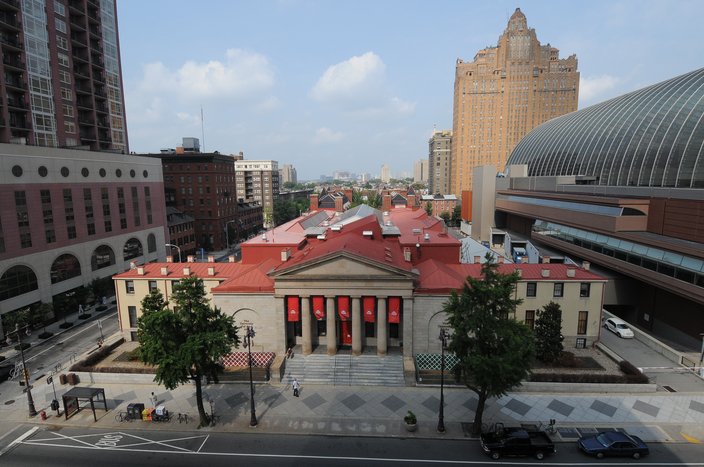 • Build a clearly developed brand. Consider this a priority-flagged point on his to-do list when he enters his role on Jan. 15. Few people would argue the university's top-tier status as an art school in the city; though few from the outside looking in could tell you why. "It's one of the things I've asked people to think about: ‘Why?’ ‘Why spend the money?’ ‘Why come here?’ ‘What are the differences?’ ‘Who’s the competition?’ 'What do they do well?’ It’s not that we don't know our brand, but it’s how we talk about it that becomes important," Yager said. "I want to be able to, in a minute, be able to talk about the core of what makes UArts the best. And I’m struggling with that, and we’re all struggling to figure that out, and that’s the next six months of hard work.”

He added that, whatever the messaging becomes, he would like it to be one that is internationally resonant.

• Establish a set of values. Part of the university's branding struggles, he added, have to do with its loosely defined values as a university, hindering student population growth. "I think one of the challenges is that as great as UArts is, it’s a well-kept secret outside of certain places, and that’s an opportunity more than a challenge," Yager said. Establishing a value set to make it more clearly distinguishable is what he believes can usher in a wave of new students and improvements across the board. "When I talk to parents who are going to leave their son or daughter in our hands for four years, they’re interested in the academic program and their success, but also our values -- what we believe in," he said. "We’re talking about core values in a simple way that really represents us at the highest level."