Candidates, organizations have fun luring young people to the polls 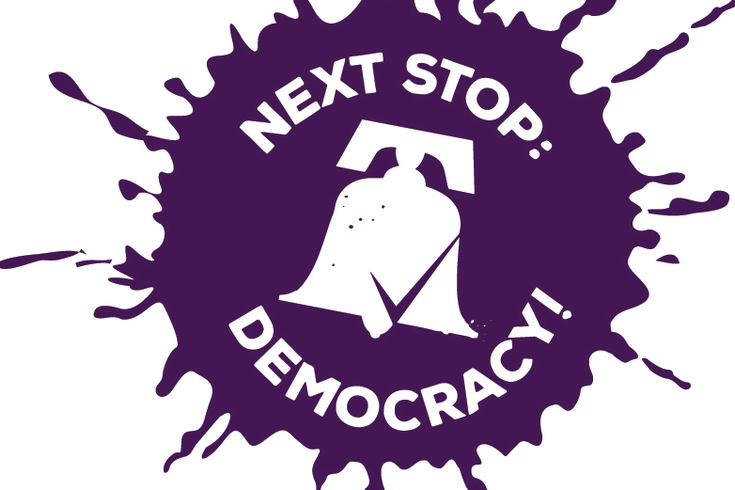 Two words that haven't gone together: young and voter

Exclusive concerts, text alerts and a call for selfies.
In a city where senior citizens outpace millennials in getting to the voting booth, Philadelphia organizations are hoping social media campaigns and enticements will get young adults to vote in the May 19th primary election for mayor and city council.
The group Black Voters Matter, for example, will hold a rap and R & B concert for registered voters only.
“We had the opportunity to make it private for the right behavior,” said Salaiman Rahman, founder of Black Voters Matter. “If [young people] aren’t engaged in the process or interested in the process, they really don’t know who to vote for."
For them, Rahman said, “it's easier not to [vote]. If there is a way to create a social environment where people are amongst their peers and they have the chance to be rewarded for doing the right thing … you start to create social influence."
Voters born after 1980 accounted for just 9 percent of the total vote in the 2011 municipal primary election. In contrast, voters in their 80s had a stronger turnout, according to a previous PhillyVoice analysis.
That’s not to say that there aren’t a lot of young people here – those aged 18-34 make up about a quarter of the city, according to a Pew survey.
Democrat Doug Oliver’s mayoral campaign is holding a series of get-out-the-vote events, some of which are aimed at a younger audience. An Election Day promotion involves an incentive to take selfies.
According to Mustafa Rashed, his campaign chairman, voters who take a selfie of themselves at a polling booth get exclusive admittance to an election night party. A selfie is “the only way you can get into the party,” Rashed said.
Typical get-out-the-vote campaigns are often shoe leather, door-to-door operations and they matter - President Obama’s effort was widely credited with helping him win the White House. In addition to knocking on doors, there's going through voter rolls to make calls and sending out mail.
“[Campaigns] want to make sure all the voters they convince get to the polls and the most effective strategy is door knocking,” said Nick Marzano, president of Young Involved Philadelphia, an organization pushing for young people to get involved in policy.
In an effort to reach out to potential young voters, YIP is helping to organize a voter education week that starts Friday. It will include events to introduce voters to candidates, get them to sign up for election alerts on their smartphones and take part in Twitter chats, according to a press release.
And campaigns are making sure to use social media. Previously, campaigns would use voter rolls that included only basic information such as a person's address, phone number and voting history. Now their social media world can be part of the database.
Some Philadelphia campaigns, such as Democrat Isaiah Thomas's run for an at-large seat on city council, are using Nationbuilder, a media and community-building company that finds the Facebook and Twitter accounts of voters, allowing political campaigns to go beyond email blasts by sending individualized messages through social media.
“We will know how to talk to you through a lot of different methods,” said Michael Moschella, a vice-president with Nationbuilder. The service allows reminders to be sent out on Election Day and can pinpoint who has a lot of social media influence by looking at data.
"Nationbuilder is nice because I can import a donor and turn that donor right into a contact for a mailer," said Max Weisman, Thomas's deputy campaign manager. "I can see someone who is tweeting at us and put them on our email blast."
The artistic community will also be involved. For the general election, local artists will help draw voters to polling places. A local design firm, Here’s My Chance, got a $166,000 grant from the Knight Foundation for an idea to install signage decorated by local artists near polling stations.
“I thought, man, every time I have gone to vote, it’s been impossible to find my polling place” said Lansie Sylvia, director of engagement at Here’s My Chance.
Her organization will install around 45 to 50 of the signs at a selection of precincts around the city for the general election in November. They want to make sure they can use data to measure the results, said Sylvia.
The real key to all of these strategies is getting people to feel like they have a reason to take the time to vote. The good-governance group, the Committee of Seventy, is getting about 250 high school students to answer basic voter questions at precincts on primary day. The hope is that if they are involved, they may also decide to vote once they turn 18.
“If you get an up close and personal look at how this stuff actually works,” said David Thornburgh, president and CEO of the Committee of Seventy, “you are more inclined to vote regularly.”
Moschella of Nationbuilder said for young people to decide to vote, it has to mean something to them individually.
“People who are sporadic voters don’t vote unless they have a personal ask,” he said. “They have to feel like the campaign asked them personally or a friend asked them personally.”