The boy was visiting Pennsylvania from Indiana before Memorial Day Weekend 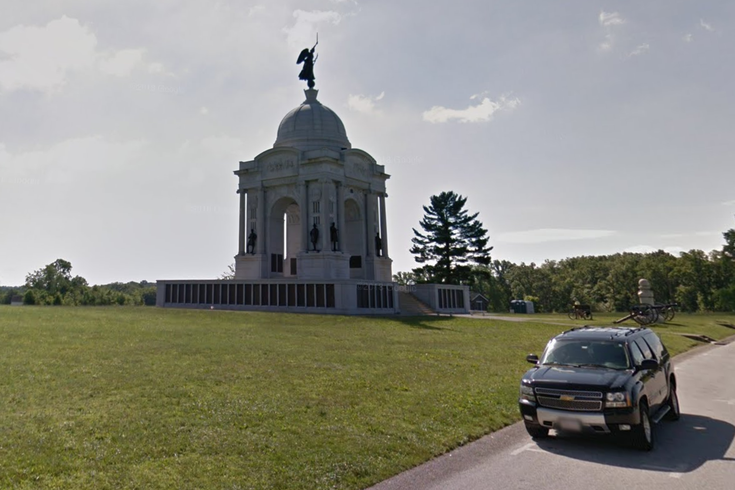 The State of Pennsylvania Monument at the Gettysburg National Military Park is shown about. A boy, 13, visiting the part from Indiana on a field trip, fell from the observation deck, located on the roof of the monument, and was airlifted to a local hospital.

A 13-year-old boy fell 40 feet from a monument at Gettysburg National Military Park on Friday and was airlifted to a nearby hospital for treatment.

The boy, from Fort Wayne, Indiana, was on the observation level of the State of Pennsylvania Monument when he fell, according to CBS21. A battlefield guide reportedly saw the boy fall and called 911 around 9:45 a.m.

A spokesperson for the National Military Park told CBS21 the boy suffered broken bones and internal injuries. His condition once he reached the hospital is currently unknown, and his name has not been released.

The boy was taken to Penn State Hershey Medical Center, roughly 50 miles away, according to CBS21.

The State of Pennsylvania Monument, built in 1910, is the largest monument on the Gettysburg battlefield, according to Stone Sentinels. The observation deck of the monument offers a panoramic view of the battlefield.

Here's a first-hand look at the monument, for some idea of its scale: