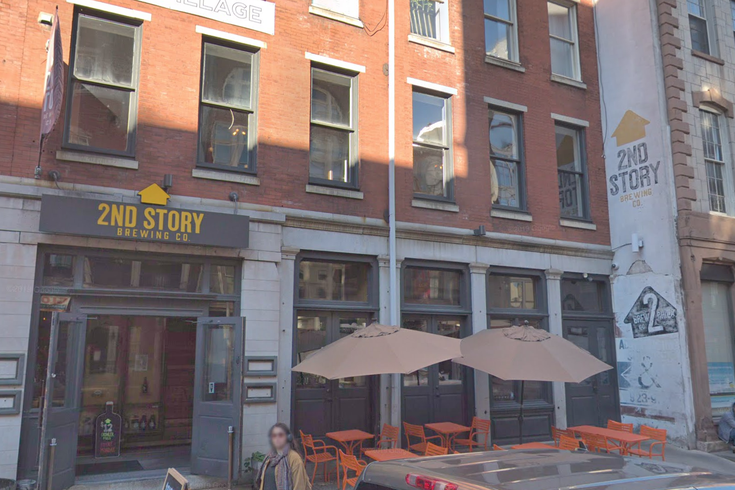 2nd Story Brewing is one of 20 participating Pennsylvania breweries selling a new IPA over Memorial Day Weekend, sales from which will benefit the Pennsylvania Veterans Foundation.

A new, exclusive beer will be on tap in the Philly area this weekend in honor of Memorial Day, and getting buzzed with a delicious beverage is only half the incentive to imbibe.

Nearly two dozen Pennsylvania breweries have partnered to create a brand-new Hurry Up And Wait IPA, a beer that will be available Thursday, May 23 to Monday, May 27.

Money raised from sales of the beer over the holiday weekend will be donated to the Pennsylvania Veterans Foundation, which provides support for the state's veterans and their families.

The beer itself is an 8.0% ABV Double IPA, and primarily uses hops from West Chester, according to the beer podcast Beer Busters.

Brewers in PA, a brewery organization in the Keystone State, put out a pretty cool video explaining and showing the process behind the beer's creation, which took place at Newfangled Brew Works in Harrisburg:

Starting Thursday, the beer is available at 20 veteran-owned or veteran-operated breweries across the state, including 2nd Story Brewing in Old City, Aston Abbey Brewing in Aston, and Root Down Brewing in Phoenixville. A map with every participating brewery can be found here.

Breweries in PA told the Johnstown Tribune-Democrat that the participating breweries have already discussed plans to create a similar experience for Veterans Day later this year.