Pennsylvania gun show organizer will prohibit sales of DIY ghost guns – but how are they legal in the first place? 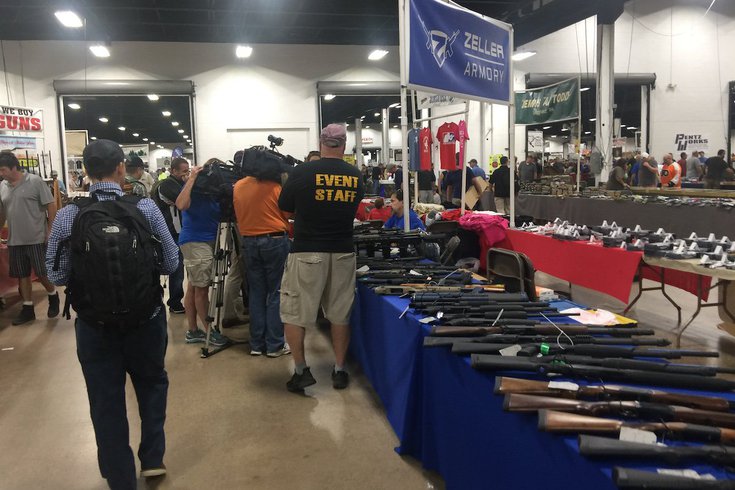 A popular gun show promoter this week banned vendors from selling untraceable ghost guns at its events in Pennsylvania, in what state Attorney General Josh Shapiro says is a "first in the nation" agreement.

Ghost guns are firearms that are typically assembled by individuals – rather than gun manufacturers – using parts from what are known as "80% receiver kits."

These allow a person to build an untraceable gun without obtaining the background check legally required to purchase a firearm. These weapons can be put together easily and quickly and operate as fully functioning firearms once assembled, a statement from Shapiro's office said.

This raises the question, how are these kits legal in the first place?

Gun parts or even 80% kits that require the customer to do some drilling and assesmbly to construct a fully functional weapon can now be found easily online or at gun shows. It didn't used to be that way, though. New technology has made building a gun much more accessible for the average person.

"Building a gun in your home has always been lawful, but it wasn't a big issue, because being a gunsmith requires some serious skills and equipment," explains David Chipman, who served 25 years with federal Bureau of Alcohol, Tobacco, Firearms and Explosives. "The people who did it were mostly hobbyists, who had a lot of time on their hands." Those guns were rarely linked to crimes.

The main factor that determines whether a firearm needs to be regulated is its firearm frame or receiver. This holds its firing mechanism like the trigger, ATF representative CeCe Gwathmey said.

All of that depends on the type of firearm in question. For instance, an AR-15-style riffle receiver blank has a solid, un-machined cavity area with no holes or dimples for the selector, trigger or hammer pins. It, therefore, does not meet the definition of a firearm according to the Gun Control Act of 1968.

Without background checks or regulation, people who are prohibited from owning firearms due to previous convictions are capable of obtaining buildable weapons.

Two independent surveillance operations conducted by Shapiro's office found that these felons were able to walk out of gun shows with a receiver kit, which preceded Eagle Arms Productions to say it will stop selling these types of kits at its shows.

But we still need to change our laws to keep people safe. Grateful for the work of @SenatorHughes & @WayneDFontana https://t.co/HSftnakxDQ

"This decision by Eagle Arms Productions is a positive step toward limiting access to ghost guns by criminals. We also need to remain focused and vigilant to stop the current legal loopholes that allow prohibited purchasers to acquire, assemble and possess these ghost guns," Shapiro said.

This move comes amid a deadly surge in gun violence in Philadelphia. As of March 15, 109 people have been killed in 2021 — a 29% increase from last year's rates.

A 16-year-old was shot and killed in the city last week in a triple shooting at a recreation center in Southwest Philadelphia.

"This senseless, chronic gun violence — the other epidemic in our city — must be brought under control, and to do that we need every hand on deck right now," City Council President Darrell L Clarke said.

Determining how many of these "ghost guns" were used in last year's gun crimes is challenging. Police told WHYY that the lack of serial numbers on the guns makes solving crimes much harder, .

Other states have made across-the-board bans against ghost guns. New Jersey, for example, made purchasing ghost guns illegal in 2018 and later strengthened the law to prohibit selling and distribution of ghost guns.

"These proposals wouldn't burden law-abiding citizens who want to build guns," Rob Wilcox of Everytown for Gun Safety, an organization that pushes for more regulation of firearms, said. "But they would make it more difficult for convicted domestic abusers, gun traffickers, felons and terrorists to acquire untraceable ghost guns."

Shapiro issued a legal opinion in 2019 that told state police to treat the untraceable weapons like firearms, though gun rights advocates sued and said this policy did not give fair notice to people regarding what is and is not legal.

"We've become the first state in the nation to do something about this, to bridge the strained relationships between gun enthusiasts and those who want more gun reform," Shapiro said, according to NBC10. "Today, we here in Philadelphia show it's possible.