Redhead emojis are here ... but not everyone is pleased 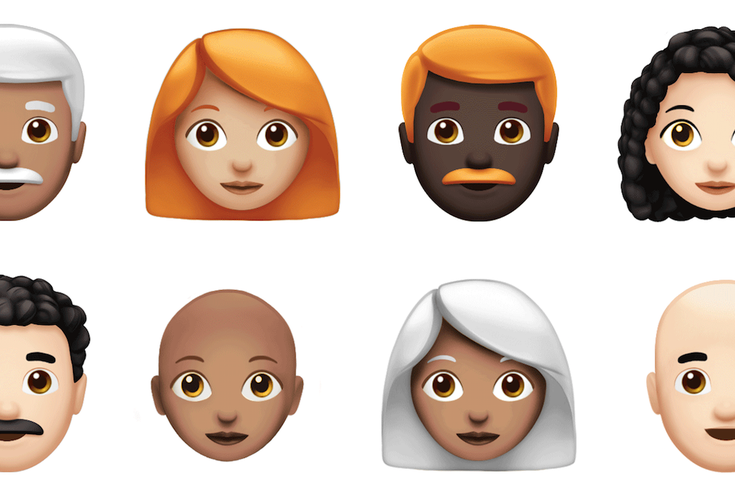 Apple has released the iOS 12.1 update which includes over 70 new emojis.

But what’s got the most people talking is the excitement of the new hair additions. Curly! Bald! Now there’s even an emoji for redheads! That’s right. The ginger in your life can now get representation in emoji form and a lot of people were pretty thrilled about it.

Omg there are ginger emoji now. Look I made Blake Griffin 👨🏽‍🦰

Despite the excitement, however, some were also pretty disappointed with the lack of variety for the emoji.

Feel robbed with the ginger emoji! There’s only one. So we don’t have ginger Drs? Ginger brides? Ginger old lady’s? 👩🏼‍🦰 - this bitch is dull!

Hold up. I thought the ginger emoji would be a colour option the same as all the other hair colors are for 🤷🏻‍♀️🙋🏻‍♀️💁🏻‍♀️ etc not just 👩🏻‍🦰?! What’s that all about? Disappointed AF! ☹️

I was excited for the ginger emojis until I found out it wasn’t for all the people emojis. It’s its own emoji. Get me a ginger one of this emoji 💁🏼‍♀️ and then we’ll talk about how cool you are @AppleSupport

And some just felt down right cheated by the whole thing.

@Apple Really?! You promised us #gingeremoji. Where’s the facepalm, the shrug, literally any other face emoji that lets us choose appearance? This is all you gave us. SMH. C’mon... you can do better! pic.twitter.com/hewtbpIxws

But even if the redhead emoji could have been better, at least you have 65+ other emojis to enjoy. From a birthday smiley face to a "woozy face," otherwise known as the drunk emoji, you can now revel with actual partying faces to show your mood.