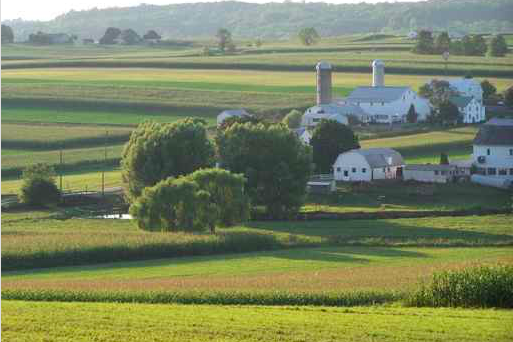 Officials in Lancaster County announced that a young girl died on her family's Little Britain Township farm after she was run over by a tractor.

Investigators with fire department and coroner's office say the girl, 3 or 4 years old, was riding on the tractor with her father as he raked corn fodder. She fell from the vehicle and was run over at around 10:45 a.m. Friday, according to the Associated Press.

The name of the victim was not released.

Lancaster County Coroner Stephen Diamontoni said the girl's death was the fourth fatal farm accident to occur in the central Pennsylvania county over the past 11 days.

On Wednesday night, a 63-year-old man was killed in Kirkwood after a tree he was moving on his farm fell on him and pinned him in the vehicle.

In East Hempfield Township, an 89-year-old man died after he was run over by a grain truck on his property on October 14.

The day before that, a 5-year-old boy was run over by a skid loader in Sadsbury Township.

The young girl's death marks the tenth fatality of a child on Lancaster County farms in the last 5 years.