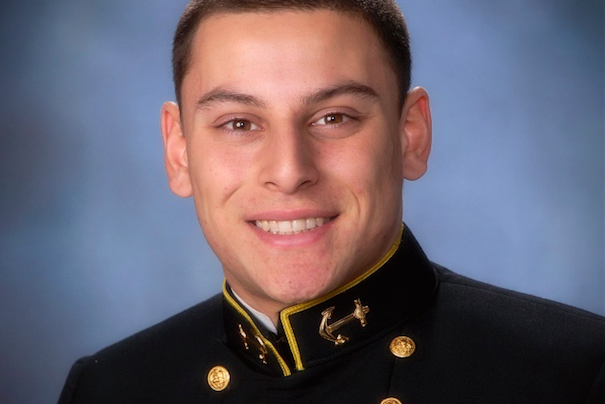 Twenty-year-old Justin Zemser, one of eight people who died as a result of Tuesday night's Amtrak derailment in Philadelphia, was laid to rest on Friday in Hewlett, New York.

Two close friends of the Navy Midshipman were able to attend his funeral thanks to a GoFundMe campaign created on their behalf by a third friend, People reports.

Nkozi Stewart and Christopher Carr both attend college on the other side of the country, Stewart at the U.S. Air Force Academy in Colorado and Carr at the University of Southern California.

Zemser, who was completing his second year at the Naval Academy in Annapolis, Maryland, was heading home to visit his mother in Queens, New York, on the night of the crash.

On Wednesday, another friend and classmate, Melisa Williams, set up a GoFundMe page with a goal of $1,800 to get Stewart and Carr back to New York in time for the funeral. Their goal was met by Thursday afternoon and the pair of friends, who attended Friday's ceremony along with Zemser's family and mourners from the Navy mourners, have pledged to spend any additional funds on a plaque dedicated to Zemser at their high school field.

The three friends, profiled by the New York Daily News in 2013, were noted at the time for their special bond and shared motivation to excel in life.

Delta Air Lines Inc. said on Friday that Amtrak customers whose tickets were canceled because of Tuesday's train crash can fly between New York and Boston or Washington for free on Delta's shuttle service for the next four days.

The Atlanta-based airline is adding seats along the Eastern Seaboard in response to the crash by flying more Boeing Co.  717s on its shuttle routes, rather than smaller Embraer SA 175 aircraft. Amtrak customers can contact Delta Reservations to be booked and ticketed, Delta said.

It will not be seeking any compensation from Amtrak, the airline said.