The suit claims the company engaged in 'anti-competitive conduct,' in part by striking deals to be the default search engine on phones, web browsers and more 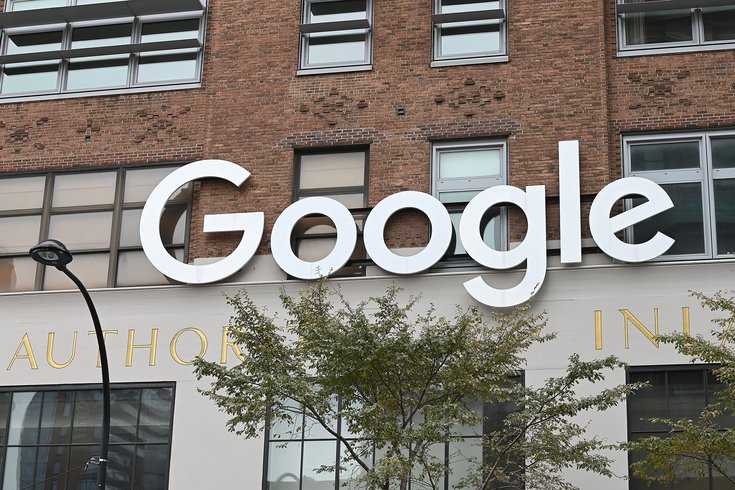 Google is being sued in anti-trust lawsuist filed by 38 states, including Pennsylvania and New Jersey. The company's lower Manhattan headquarters are pictured above.

Pennsylvania and New Jersey are among the 38 states that filed anti-trust lawsuits against Google, alleging company has a monopoly over the online search market, the states' attorneys general announced Thursday.

The suit claims Google is in violation of the Section Two of the Sherman Act, by engaging in "anti-competitive conduct" through a series of contracts and other harmful conduct. By doing so, Google is keeping competition from arising that could possibly provide better service and privacy to customers, the suit says.

It is the third anti-trust lawsuit brought against the search engine in the past two months, TribLive reported.

The attorneys general lawsuits build on an earlier anti-trust complaint the U.S. Department of Justice filed on Oct. 20. That complaint describes deals Google cuts with companies, like Apple and Mozilla, that establishes Google as the default search engine in devices and software, such as the iPhone and Firefox web browser, the Washington Post reported.

The states also claim the way Google conducts it search business, it requires businesses to buy ads through the company in order to appear prominently in search results, according to the Post.

"For too long, regulators have not taken needed steps to protect a free, open, competitive marketplace online." Shapiro said. "Big tech companies must meet the same standards of any other business in this country and play by the rules put in place to protect consumers."

Together with a bipartisan coalition of 37 AGs, I’m suing @Google for anticompetitive conduct.

Their monopoly over search stifles innovation and economic growth, all while giving Google unprecedented ad profits and access to consumer info. https://t.co/2Y29byt2n5

"Big tech companies like Google have incredible power over our daily lives," Grewal said. "We look to them for so much of the information that we use to navigate the world, and they use our usage behavior to monetize their businesses. How they acquire and exert their power and influence over our behaviors must be scrutinized."

We’re joining 37 other AGs in filing an antitrust lawsuit against @Google – broadening the case filed by @TheJusticeDept. Google maintains a monopoly over search and search advertising. No company is too powerful to avoid scrutiny: https://t.co/4jA9lGKVuw pic.twitter.com/REBwMxk61j

Delaware also is a part of the anti-trust suit. Attorney General Kathy Jennings said Thursday, "Google became a household name through the virtually unabated domination of the search market. It maintains that dominance illegally."

On Thursday, Adam Cohen, Google's director of economic policy, responded to the lawsuit by the state attorneys general in a company blog post. The lawsuit as asking Google to feature "online middlemen" in its search results, instead of connecting users directly with local business, which Cohen writes benefits users and business owners.

"We know that scrutiny of big companies is important and we're prepared to answer questions and work through the issues," Cohen writes. "But this lawsuit seeks to redesign Search in ways that would deprive Americans of helpful information and hurt businesses' ability to connect directly with customers.

The lawsuits have been filed in U.S. District Court for the District of Columbia.