Guided by Voices cuts back on the beer, beefs up on the tunes

They aren't slinging beer bottles across the stage anymore; the indie rock band is now touring behind its 100th album 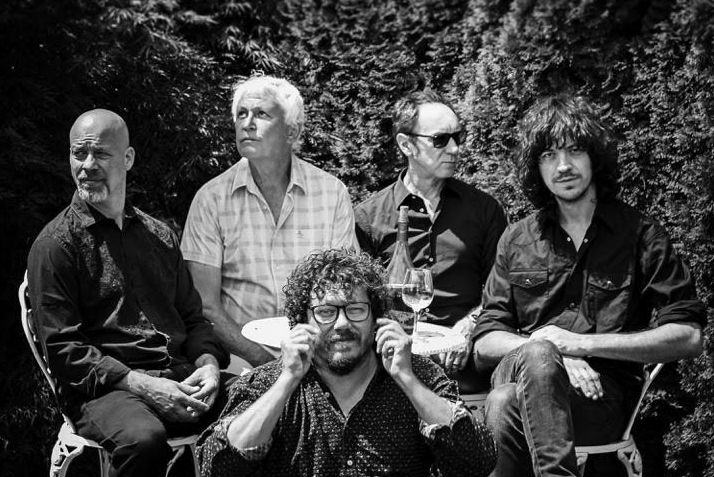 Courtesy of Tell All Your Friends PR/for PhillyVoice

Philadelphia is a home away from home for Dayton, Ohio’s Guided by Voices. The veteran, quirky, lo-fi act has had its share of memorable shows and moments in Philly. When GBV, aptly nicknamed "Guided by Beers," made its Philly debut a quarter century ago at the Khyber Pass, singer-songwriter Robert Pollard arrived at noon and drank excessively at a party in his honor.

By the time Pollard – a former elementary school teacher – hit the stage, he resembled a punch-drunk fighter. Pollard stumbled about while performing with one eye closed. Whether or not he'll reprise that act remains to be seen when he comes to town next week for a show at Union Transfer.

“I’ve had so many great times in Philly,” he said.

“The kids there like to have a good time. I’m always reminded of things that I did there that I probably shouldn’t have done.”

During a show in 1995 at the Trocadero, Pollard tossed one emptied beer bottle over his shoulder after another. Shattered glass covered the stage. During the encore, bassist Jim Greer, who has moved on to become a renowned novelist and screenwriter, was tackled by guitarist Mitch Mitchell. The former’s wrist was cut and bleeding profusely.

“Those were the days,” Pollard said. “Lots of crazy stuff happened to us back then.”

“We start a little earlier and end much earlier,” Gillard said. “We have fun, but it’s about the music.”

Pollard has received praise for being an incredibly prolific songwriter. 2017’s “August by Cake” was the 100th album released by Pollard either with GBV or solo.

“I could put out an album a month if I wanted to,” he said.

Gillard said that despite all of the debauchery Pollard is writing, “He’s always coming up with something. He’s always jotting down potential song titles. He’s a machine.”

The GBV canon is very deep and Pollard is always adding songs. Gillard said it isn't easy for the band to write a set list.

“It’s a good problem to have. There is so much to play," he added.

Expect the band to play a number of songs from such classic Clinton-era albums as “Alien Lanes,” “Bee Thousand” and “Mag Earwig.”

“We always do. The fans love the songs from the ‘90s. There will definitely be some ‘Alien Lanes’ songs in there. But we’re always coming up with new songs because that’s the way it is with this band. Bob is always creating. We’re not like some bands that will just rely on the familiar. We still love new songs.”

“We continue to have a blast when we’re on the road,” Gillard said.

“We’re all of a certain age except our bassist (Mark Shue), who is in his 30s. We’re sure it’ll be fun in Philly. It’s always a great time there. I only had one bad experience there when I had my backpack stolen many years ago. But that was an isolated incident. We’ve had so many memorable shows in Philly and I’m sure we’ll have many more.”