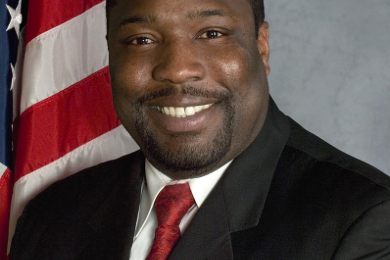 An alarming report that Philadelphia City Councilman Kenyatta Johnson, of the 2nd District, was robbed at gunpoint in the Philippines this week turns out to have been a phishing scam perpetrated by hackers who broke into an old e-mail account.

According to the Passyunk Post, several concerned readers wrote to report that they had received an e-mail in which Johnson claimed to have been robbed in Manila while attending an unspecified program. In the e-mail below, Johnson's hackers ask for money to be sent to him so that he can return to Philadelphia.

As it turns out, the email was a scam circulated by hackers who cracked into Johnson's former account with the advocacy group Peace Not Guns.

The Passyunk Post confirmed that Johnson is in good health in Philadelphia and did not lose any documents, luggage or other personal effects.