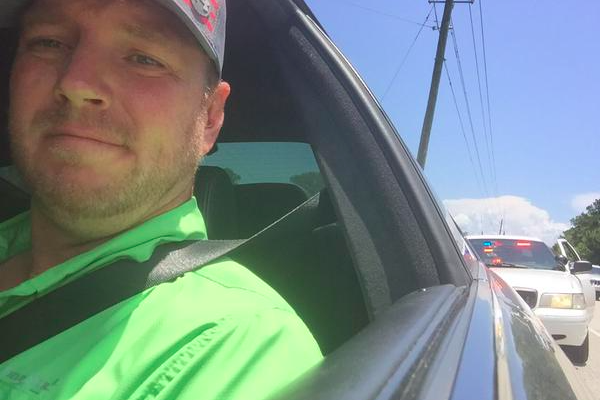 Roy Halladay has been having fun with social media since retiring from baseball. From reaching out to blogs that use his namesake to posing with unsuspecting fans, the former Phillies pitcher has been documenting his post-sports life with quirky updates on Twitter.

On Tuesday, Halladay turned a routine traffic stop into some fun on the social media platform.

First, around 11 a.m., he tweeted a picture of a ticket he obtained after going about 10 mph over the speed limit.

My perfect driving record is out the window! Fine officer stop me hot rodn down a country road! 58n45 #protectnserve pic.twitter.com/P3cUBoTd2I

With his 'perfect driving record' gone, Halladay continued driving, only to be stopped by the same cop a short time later.

Got me again!! I ask if he was stalking famous people. He said no none live around here except the washed up pitcher! pic.twitter.com/CnSG9A9WfP

Too bad the officer wasn't a certain Phillies blogger who would have definitely let him off the hook.