The Archdiocese announced the high school's closure in November 2020, which prompted a campaign by alumni and families to save it 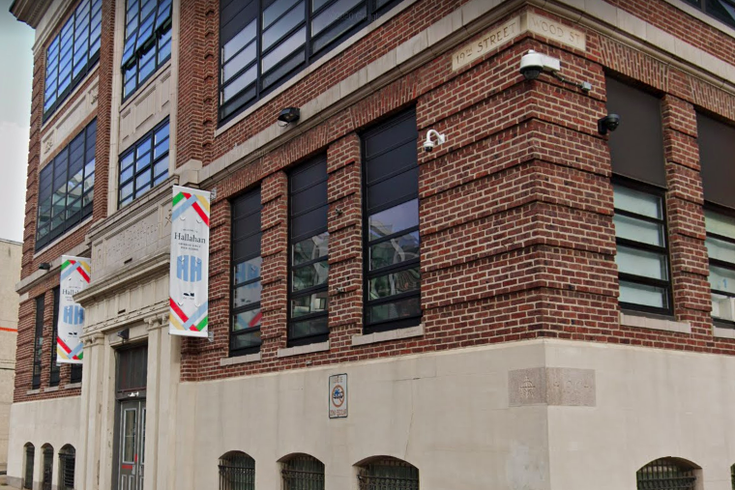 The buildings that housed John W. Hallahan Catholic Girls' High School in Logan Square have been added to the Philadelphia Register of Historic Places. The school, which opened in 1911, closed in June 2021.

This year has been a whirlwind for families and supporters of John W. Hallahan Catholic Girls' High School, following the November 2020 announcement of the school's closure by the Archdiocese of Philadelphia. The news of the closing spawned Friends of Hallahan, an organization and campaign aimed at saving the school buildings from sale.

Most recently, the buildings have been added to the Philadelphia Register of Historic Places, following a commission meeting on Nov. 12.

The nomination, spearheaded by the Preservation Alliance for Greater Philadelphia, was assisted by over 300 emails and letters from Hallahan alumni and families, according to Allyson Mehley, Historic Preservation Planner for the commission.

The 56-page nomination documents the historical and architectural significance of the properties, which are located at 319 N. 19th Street and 312 N. 18th Street in Center City. The original school building was built in 1911, and the adjacent parish was built in 1914.

"John W. Hallahan Catholic Girls’ High School represents the first [diocesan] Catholic girls’ high school in the United States and played an important part in the development of the city’s educational system in response to the demands of an industrializing economy," the nomination reads.

A Change.org petition made following the announcement of Hallahan's closure garnered nearly 13,000 signatures, and organizational efforts by Friends of Hallahan resulted in a temporary injunction on the sale of the property. The group argued that the school's founder, Mary Hallahan McMichan, donated the money to open the school on the basis that it would be operated in perpetuity.

That injunction was lifted following a court order in June, according to the Philadelphia Inquirer.

"How can you close down an institution that has such, not only local history, but national history," Friends of Hallahan member and alumnus Jennifer Coffey told Metro Philadelphia in January.

Tony Forte is an attorney which represented the Archdiocese of Philadelphia in the initial nomination process. He spoke at a Historical Commission meeting in August, explaining that the Archdiocese was not taking a formal position, as they believed it was "premature to reach a final determination on the nomination."

Forte further noted that the original school building is more historically significant than the parish, and that the Archdiocese believed this was a "glaring deficiency" in determining whether the buildings could be approved for preservation through the Historic Register.

While Forte was not present at the Nov. 12 meeting to approve the buildings for the historic register, he noted in a letter to the commission that the Archdiocese had taken a position of "non-opposition" to the nomination.

Nominations made to the Historical Commission require proof of the property's significance, often with several points of historical heritage.