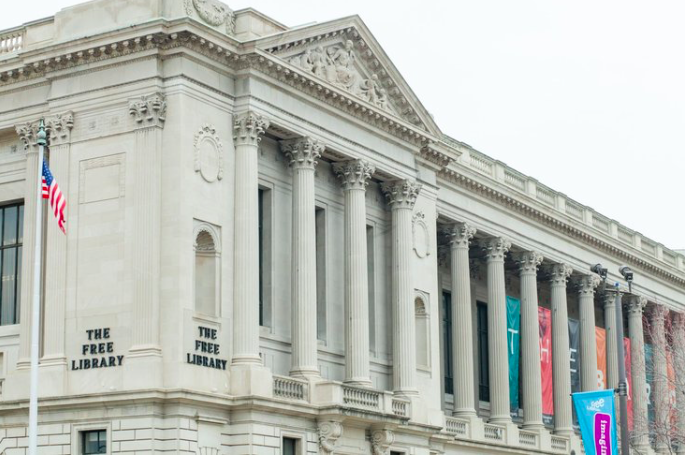 Kelly Richards, the incoming director of the Free Library of Philadelphia, will take the helm after Black workers decried racial disparities and alleged inequality in the workplace last year.

The Free Library of Philadelphia has found a new leader after a year-long search that was precipitated by allegations of workplace inequality.

Longtime librarian Kelly Richards will take over as director and president Jan. 14, the library announced Tuesday. The library's board of trustees unanimously approved his appointment last month, extending a conditional offer.

Richards currently serves as the director of the Muskegon Area District Library in Michigan and the president of the Michigan Library Association. He previously served as the chairperson for the Lakeshore Ethnic Diversity Alliance, an organization that trains private and public sector establishments in diversity, equity and inclusion.

Before becoming a librarian, Richards worked as a police officer in Flint. He then went back to school and earned his master's degree in library and information science at the University of Pittsburgh.

"I am honored by the opportunity to work with the passionate and dedicated Free Library team," Richards said. "Being part of such an integral institution is an awesome responsibility, and I will take on this leadership role with the help of our staff as we work to uphold the values and mission of the Free Library of Philadelphia."

The Free Library is excited to announce that Mr. Kelly Richards, currently the Director of the Muskegon Area District Library in Michigan and President of the Michigan Library Association, has been named as its new President and Director! More here: https://t.co/Grg6ZaKXd0 pic.twitter.com/TRSNh3y28p

The library's search for a new leader was led by a committee made up of staff and executives, union members, city officials and other local stakeholders. The committee held several public listening sessions to gather input from workers and other community members.

Folasade A. Olanipekun-Lewis, the committee's co-chair and chairman of the library's board, said Richards "brings a wealth of vision and experience and an exemplary background in library leadership to the role."

In the wake of George Floyd's murder and the racial justice protests last year, Free Library staffers decried racial disparities and alleged inequality in the workplace.

Black library workers detailed their concerns in an open letter posted online in June 2020. They called out workplace racism, income and job disparities and a lack of COVID-19 protections for Black workers.

The local chapter of the American Federation of State, County and Municipal Employees, the largest trade union of public employees in the United States, started a "vote of no confidence" petition criticizing Reardon and the board of trustees last year. The union accused them of "insufficient action ... concerning racism."

Leslie Walker has served as the Free Library's interim director since September 2020. She's worked as its chief of staff since joining in 2017.