Mark Hamill on 'Last Jedi': 'This is not going to go the way you think' 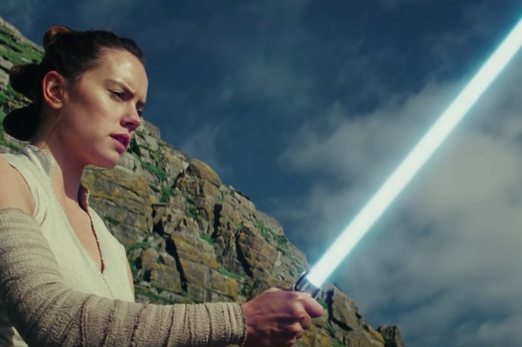 At the press conference for "Star Wars: The Last Jedi," legendary actor Mark Hamill made it clear he is not giving away any of the film's secrets and surprise when asked how his iconic Luke Skywalker trains Daisy Ridley's heroine, Rey.

"Well, you're assuming that I train Rey," he said matter-of-factly, and added that he wants to prevent revealing any twists for hardcore fans.

"I have to be really careful. People [ask], 'Was it difficult to pick up and wield a lightsaber again, and I go, 'Do I pick up a lightsaber?'"

"I can promise you, my part is twice as big as it was in 'The Force Awakens,'" he said, tongue-in-cheek, of his famous appearance at the end of the last "Star Wars" film, where he had one scene and no lines.

Hamill made it clear that his fresh-eyed farmboy from the original trilogy has been through a lot, and that his role and arc in "Last Jedi" may not be what anyone expects.

"I don't think any line in the script epitomized my reaction more than this is not going to go the way you think," he stressed.

"Rian [Johnson, the film's director] pushed me out of my comfort zone, as if I weren't intimidated and terrified enough to begin with."

"But, I'm grateful," he continued, "because I have to trust someone, and he was the only Obi Wan available to me."

Hamill finished by saying how this "Star Wars" film was different from all the others he has done.