The Philadelphia Eagles rolled into Dallas and then rolled all over the Cowboys in front of a national audience on Sunday Night Football, to the tune of 37-9. As always, win or lose, we hand out 10 awards.

Yes, Dallas sucks. That's not just a chant. It's my analysis.

Carson Wentz is better than Dak Prescott. He's simply a better football player with more talent. While that's not a proclamation based just on this game, it was certainly obvious watching this game.

As long as Wentz stays healthy, the Eagles have potentially a top 5 quarterback for the next decade, with the chance to compete for a Super Bowl every year. I'm not sure you can say the same for Dallas.

Technically, the Eagles have not clinched the division yet, but realistically, there's almost no way they can blow it at this point. A reminder of the standings: 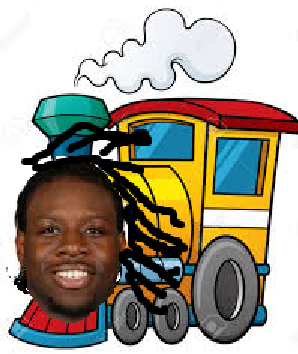 In his two-game career with the Eagles, Ajayi has 15 careers for 168 yards (11.2 YPC) and a TD. For the second game in a row, Ajayi broke off a long run, this time for 71 yards before he was caught from behind.

At the NFL's midway point, Sports Illustrated put out their midseason awards, one of which included 'Defensive Rookie of the Year.' Derek Barnett did not land in the top 10 in that category.

On a national stage, Barnett had a monster game, sacking Prescott twice, including a strip sack that was returned for a touchdown by Nigel Bradham. He also got a hit on Prescott, which caused an off-target throw that was intercepted by Ronald Darby.

On the season, Barnett now has 4.5 sacks (on pace for 7), with six games to go. Don't sleep on him for Defensive Rookie of the Year just yet.

After a slow start this season, Jeffery is beginning to play like 'a No. 1 receiver,' whatever that means. Over the last three games, Jeffery has 12 catches for 213 yards and 4 TDs. While he hasn't caught passes in volume, the plays that he has made have been huge. This was a fantastic catch in traffic:

It turns out that linebacker Kamu Grugier-Hill kicks harder than a mule. Who knew? With kicker Jake Elliott suffering a head injury, Grugier-Hilll was forced into action, serving as a kickoff specialist. He even got a touchback.

Grugier-Hill said after the game that he's not even the regular emergency kicker. That would be Chris Maragos, but after Maragos got hurt, special teams coach Dave Fipp had Gruguer-Hill prepared for this contingency, thus confirming once again Fipp's greatness.

The NFL leader in sacks is Cowboys DE DeMarcus Lawrence, who has 11.5. Another week, another stud edge rusher for Lane Johnson to deal with. No big deal. As usual, Johnson did not give up any sacks.

Right tackles don't often make the Pro Bowl or get voted All-Pro. Lane Johnson shouldn't be snubbed for either. He has had to face a new stud edge rusher almost every single week, and he's been consistently great.

9) The 'Welcome Back' Award: Ronald Darby

In his first game back after suffering a gruesome injury Week 1 against the Redskins, Darby had a great game, intercepting Prescott in the second half, and breaking up a fade attempt to Dez Bryant in the end zone.

Darby had good coverage all game long, and he consistently tackled well when the Cowboys kept throwing ineffective quick screens to Dez Bryant.

"I had to unlock the safe, and share some money with the fellas," he said. "And then blow it."

I love Stefen Wisniewski's role in the above celebration, as he seemingly had no idea what was happening.

"I was not told ahead of time," Wisniewski explained. "I figured he had some treasure, and I guess they were making it rain later. I missed that memo. The linemen aren't always in the meetings for the celebrations."