With their season pretty much already over, the Philadelphia Eagles had a chance to put a big dent in the playoff aspirations of a divisional opponent on Sunday, but they fell short of beating the Washington Redskins, 27-22.

After the game, Doug Pederson remarked that this was Carson Wentz's best game of the season. With three starting offensive linemen out and the lackluster group of skill position players he has to work with, Wentz did a great job all day escaping pressure and making plays.

This was straight garbage.

And that hit was shortly after this:

Less than two minutes before Deshazor Everett took Darren Sproles out of the game, he injured Brent Celek on a helmet-to-helmet hit. pic.twitter.com/vcCwUyTC2i

Isn't there a rule where you get ejected after two personal fouls? I guess that's just not being enforced.

Last week Zach Ertz took heavy criticism for jumping out of the way of Cincinnati Bengals linebacker Vontaze Burfict, who was in hot pursuit of Carson Wentz on a quarterback scramble. 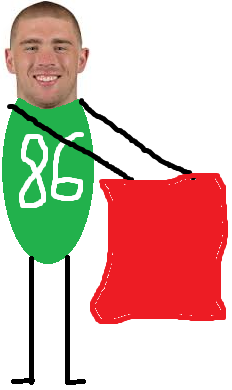 This week, a block in the back penalty by Ertz negated a Darren Sproles punt return touchdown. Maybe he should have just jumped out of the way again.

I kid, I kid. Ertz played a much more physical football game Sunday, while also chipping in some big numbers (10 for 112) in a meaningless game, as has become his custom.

4) The 'Come Back' Award: DeSean Jackson

Redskins wide receiver DeSean Jackson will be a free agent this upcoming offseason, and there is rumored mutual interest between the Eagles and Jackson to reunite. As he has done to the Eagles with regularity since Chip Kelly cut him for no good reason, Jackson torched the Eagles' defense, with his most devastating play being an 80-yard TD reception from Kirk Cousins.

His victim this time around was CB Leodis McKelvin. 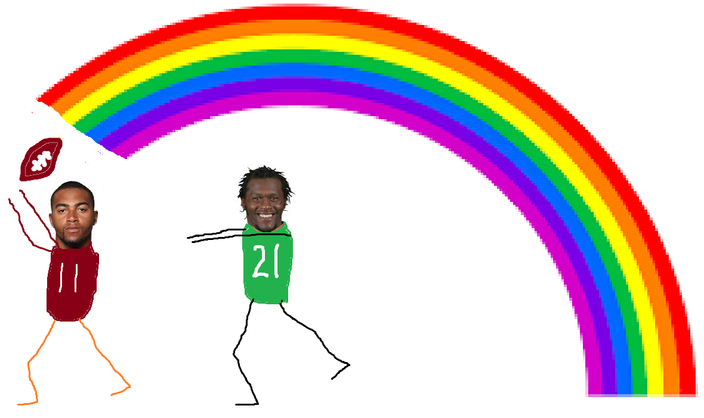 The Eagles are going to save $3.2 million when they will almost certainly release McKelvin this offseason.

Of course, Leodis taketh away (a lot), but Leodis will also giveth (sometimes). Today, he did both, allowing the most devastating play of the day defensively, but also making the biggest play of the game.

Earlier this season, McKelvin tried to jump a route against the Falcons, and he was beaten for a long touchdown. That led to the quote of the season:

On a sideline route to Jackson in the fourth quarter, McKelvin was finna jump that bitch once again, this time guessing correctly for a pick-six.

Two weeks ago, about an hour and a half before the Eagles and Packers were set to kick off, it was learned that starting RG Brandon Brooks was hospitalized with an illness. Once again, an hour and half before kickoff against the Redskins this week, it was announced that Brooks had an illness this morning and once again missed a game.

PhillyVoice is working to confirm reports that Brooks was spotted at a baseball game, the art museum, and a fancy restaurant posing as the "Sausage King of Philadelphia." 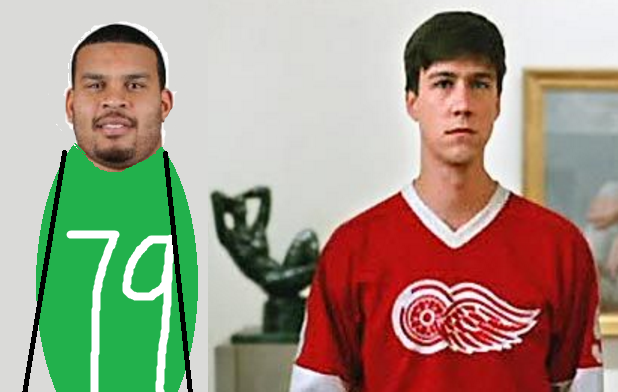 Sloane: "What are we going to do?"

Kidding aside, Brooks also missed games in 2014 and 2015 due to illness, and at one point was diagnosed with stomach ulcers. Whatever the issue is with Brooks currently, obviously it is now a situation that deserves serious attention. It's a big blow to the team when it learns shortly before kickoff that one of its offensive linemen unexpectedly can't play.

By the end of the game, the Eagles had three reserves playing along their offensive line.

The last time the Eagles played the Redskins, Ryan Kerrigan had a field day against rookie starter Halapoulivaati Vaitai, who was seeing his first ever action in an NFL game. As Tommy Lawlor of IgglesBlitz.com pointed out, today was the second time the right tackle was a major factor in an Eagles loss to the Redskins.

Poor RT play killed the Eagles in both losses to the Skins.

This time around, Kerrigan smoked Matt Tobin around the edge for a game-sealing sack-fumble.

This is your friendly reminder that Lane Johnson's absence this season was enormous.

9) The 'Lack of Effort' Award: The Eagles of games past

Glass half full / half empty, I guess.

10) The 'No Help' Award: Sleevie Wonder and the Minnesota Vikings

If we're being honest, the Vikings' games the rest of the way are every bit as important to the Eagles as their own games, as the Eagles own the Vikes' first-round draft pick. Today the Vikes beat the woeful Jacksonville Jaguars, improving to 7-6.

On the bright side, the Eagles' loss to the Redskins puts the Skins at 7-5-1, a half game ahead of Minny. So at least there's that.