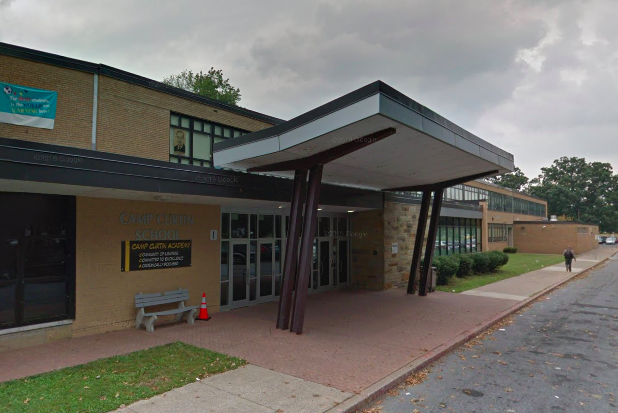 A teacher at Camp Curtain Academy in Harrisburg, Pennsylvania has been suspended pending the outcome of an investigation to comments he allegedly made to students in his classroom. The teacher allegedly told his class he wished he could shoot one student per year to set an example for the rest.

A Harrisburg middle school teacher has been suspended for allegedly saying to his class that he wished he could shoot one student per year, according to school district officials.

The incident at Camp Curtain Academy, which is part of the Harrisburg School District, occurred last week during a seventh grade social studies class. The identity of the teacher has not been publicly revealed, and the school district's investigation is ongoing.

PennLive reported a student in the teacher's class had told her mother about the comments, claiming the teacher said shooting a student early in the year would set a behavioral example.

On Wednesday, when the student asked her teacher to clarify what he allegedly had said, she recorded the response using her phone, and her mother posted the audio to her Facebook page. Initially, the teacher said to "stop twisting" his words, but later clarified his remarks.

“What I said was, I used to tell my students that I wish I was allowed to shoot one person every year," the teacher said. "The first person when I said ‘Don’t talk!’ and they talk gets shot. The rest of the year would go smooth because you guys know I’m not kidding.”

The social media post created an uproar that found its way to school officials.

The Harrisburg School District sent a robocall to Camp Curtain parents on Thursday with a message addressing the situation.

"We are extremely concerned by what appears to be highly inappropriate and inexcusable judgment on the part of this teacher in comments made to the class," Acting Assistant Superintendent Chris Celmer said on the call. “We do not in any (way) condone any verbal threats toward any of our students. We immediately notified local police and other local authorities.”

The incident surfaced in the wake of another deadly school shooting. Two people were killed and three others wounded when a 16-year-old student at Saugus High School in Santa Clarita, California, opened fire on Thursday.

Celmer said the Camp Curtain teacher's comments will be thoroughly reviewed and investigated.