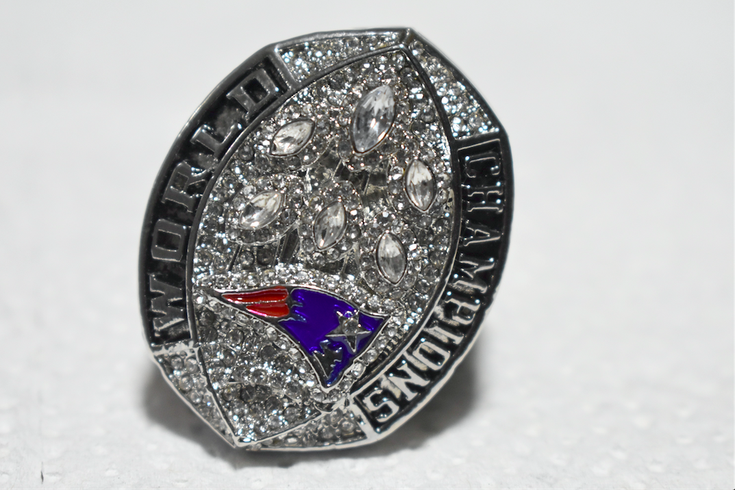 Nine counterfeit New England Patriots Super Bowl rings were seized at the Port of Philadelphia on Oct. 25, along with a pair of fake World Series rings. The batch sent from China, if authentic, would have been worth more than $500,000, U.S. Customs & Border Protection officials said.

Plenty of NFL fans are probably of the belief that all New England Patriots Super Bowl rings are — by virtue of various cheating scandals — counterfeit.

It must have been hard work for U.S. Customs & Border Protection agents to distinguish counterfeits of counterfeits when a shipment of fake championship rings arrived at the Port of Philadelphia last month.

CBP officials said Thursday that a haul of 11 counterfeit sports championship rings arrived at the port on Oct. 25. They were sent from China.

Inspectors thought the rings looked suspicious and sent them to be verified by trade experts, leagues and team trademark holders.

It turned out they were fake, as suspected, and would have been worth a combined $500,000 if they were authentic.

Last year, CBP agents seized fake Eagles Super Bowl rings at the Port of Philadelphia in a similar batch of counterfeits that didn't really look all that convincing.

Could anybody really be fooled by these chintzy knockoffs? They barely resemble the actual Super Bowl LII ring show below. The batch sent from China includes no effort to engrave the Lombardi Trophies.

A closer look at the @Patriots #SuperBowl53 Championship Ring! Now on display at the #PFHOF for visitors to see in our Super Bowl Gallery. pic.twitter.com/SAPU557qnC

The Eagles will play the Patriots this Sunday at Lincoln Financial Field in a rematch of Super Bowl LII.