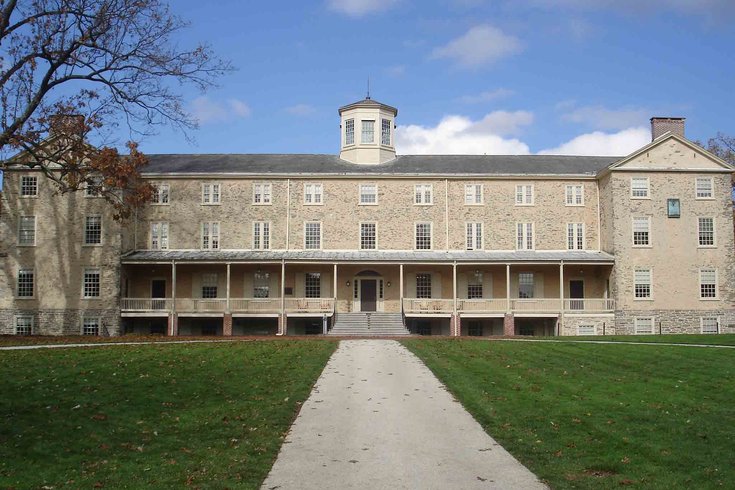 Founders Hall, completed in 1833, sits at the center of Haverford College's upper campus and serves as an icon for the college.

A Philadelphia-area college has been named a "hidden gem" by College Raptor, which bills itself as an online resource for making more affordable higher education choices.

Haverford College was actually the second-highest college on the website's ranking of the best colleges in each state that receive less than 5,000 applications annually, but have more than 1,000 students enrolled.

The school is ranked 33rd in College Raptor's overall rankings of 1,165 U.S. higher education institutions, which includes factors like selectivity, graduation rate, average debt upon graduation and other factors. (Wellesley College, Massachusetts' entry on the "hidden gems" list, is the only school on the list ranked higher, at 25th overall.)

By comparison, Main Line neighbor Swarthmore College, which is ranked 13th overall, had 6,615 applications in 2013, with 947 acceptances and 388 enrolled. It accepted 14.3 percent of applicants.