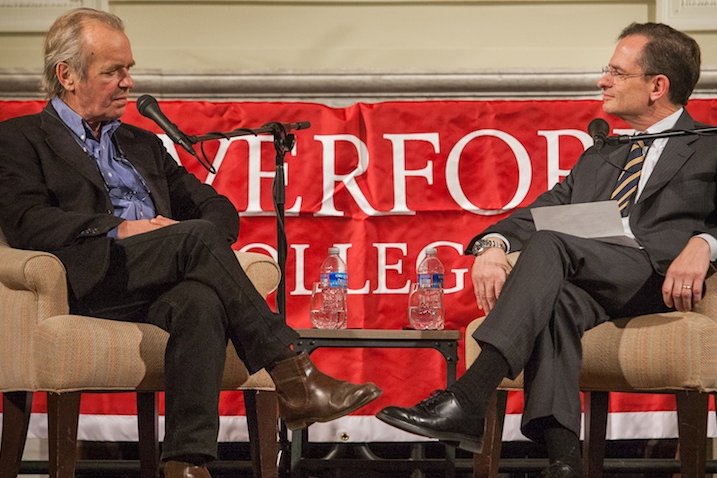 The president of Haverford College announced Tuesday that he will be leaving his post this summer to become president of the Metropolitan Museum of Art in New York.
Daniel Weiss, whose tenure as president of Haverford began in the Fall 2013, said he took the new job with reluctance.
“As an art historian with a lifelong interest in museums, I am drawn to the singular opportunity to play a leadership role at the Met,” he said in an open letter posted on the college’s website. “The time is right for me and my family to make this change, which also means that I will be leaving higher education.”
Haverford College, located on the Main Line, is a liberal arts school with about 1,200 students.
The chair of the college’s Board of Managers congratulated Weiss on his new job.
“It is difficult to imagine a more qualified or suitable leader for one of the world’s greatest museums, although we will miss him here at Haverford,” said chair Howard Lutnick in an open letter posted on the college’s website. “Dan leaves Haverford in a position of strength.”
Weiss, the school’s 14th president, said he appreciated the kindness the college showed his family.
Haverford recently completed a strategic planning process. The school is planning to hire new faculty and add academic programs, according to Lutnick’s letter.
“Dan will lead the College until his departure this summer with all of our strong support as the Board of Managers engages in a process regarding next steps,” Lutnick said.