Headhouse Square is getting a modern makeover 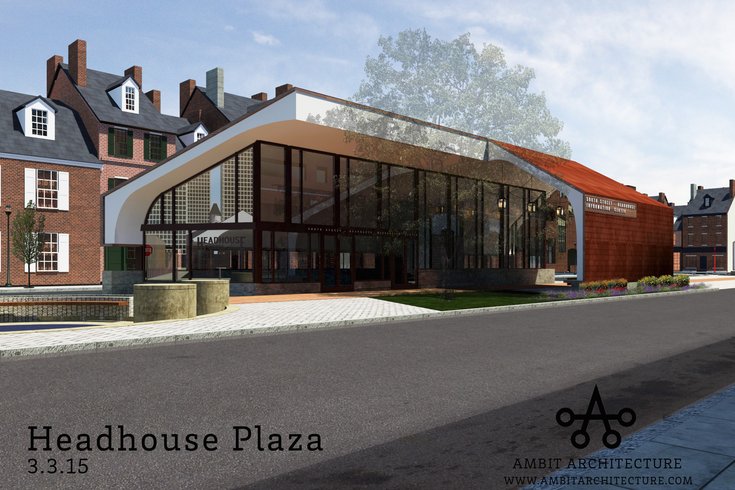 A rendering of an early concept design for a makeover of Headhouse Square.

A large step has been taken toward the long-rumored Headhouse Square renovation. As PhillyMag.com revealed Thursday, conceptual designs show a plan to revamp the square between Lombard and South streets, a largely inactive area that serves mainly as a parking lot. South Street Headhouse District is working with local firm Ambit Architecture to bring the project to life.

In addition to adding environmental touches like lighting and trees, the makeover will include two new structures to bridge the gap between the busy Headhouse Square Shambles area and South Street. The first structure will sit next to the fountain at Lombard and will house a cafe and visitor center. The second will serve as a pavilion and an entryway onto South Street. Michael Harris, executive director of the South Street Headhouse District, told PhillyMag.com that this pavilion could house live entertainment during neighborhood events. 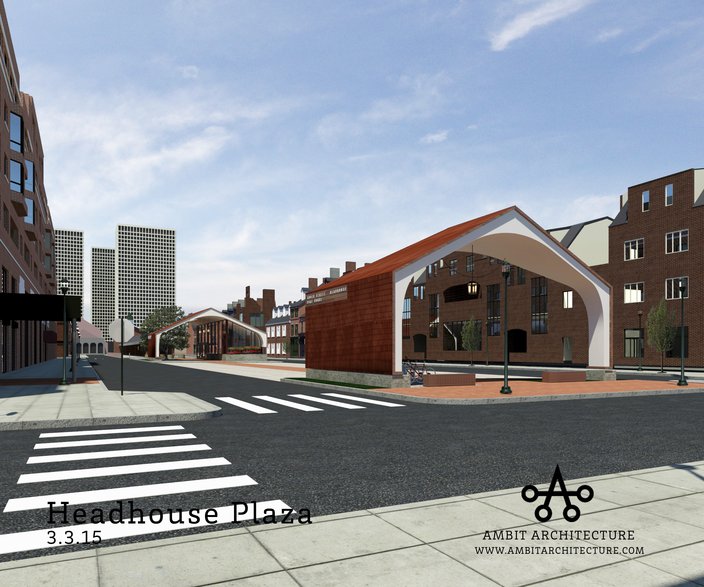 An early concept design of the new Headhouse Plaza, as viewed from South Street. Rendering courtesy of Ambit Architecture.

As for that parking lot, the median and parking meters in its center will be gone, allowing the lot to be essentially removed for festivals and activities. Instead, a walkway will strike through its center, completing pedestrian access along the square. Sixteen spaces will also be removed from the lot.

For Rich Villa of Ambit Architecture, "It’s about access and axis." This means realigning the civic space to the mission of its original layout: allowing public activity to connect the square with surrounding business and act as a town center. 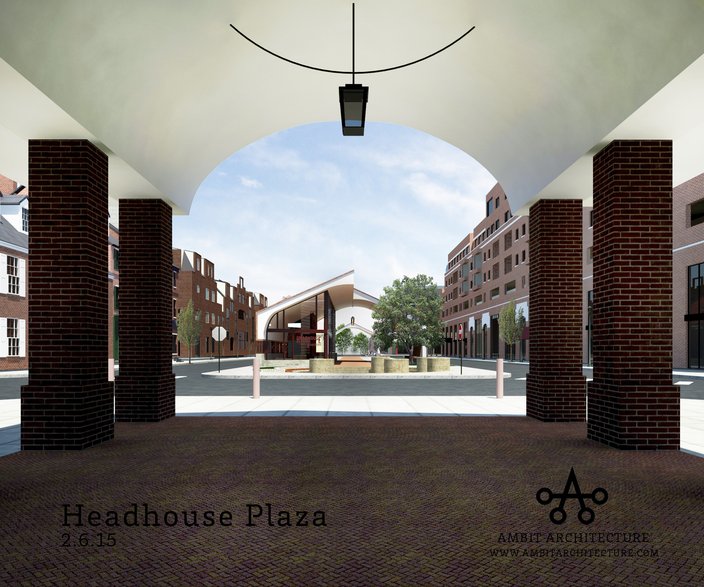 A rendering of the new Headhouse Plaza structures, as viewed from the current Headhouse Shambles. Rendering courtesy of Ambit Architecture.

To that end, the project also includes structural changes to the square that will slow down traffic and make it safer. Blunting the curved streets surrounding the square a bit will encourage drivers to truly come to a stop rather than speeding around, said Villa.

Of course, the Shambles and the Headhouse will be left untouched. The design of these new structures, however, will riff on their look. Like the Shambles, the underside of each structure will feature white plaster. The exterior will feature red slate, a visual homage to the Shambles' red brick and gray slate roof. For all intents and purposes, it's a modern continuation of the historic landmark.

As funding is put into place, a construction timeline for the project is still to be determined. 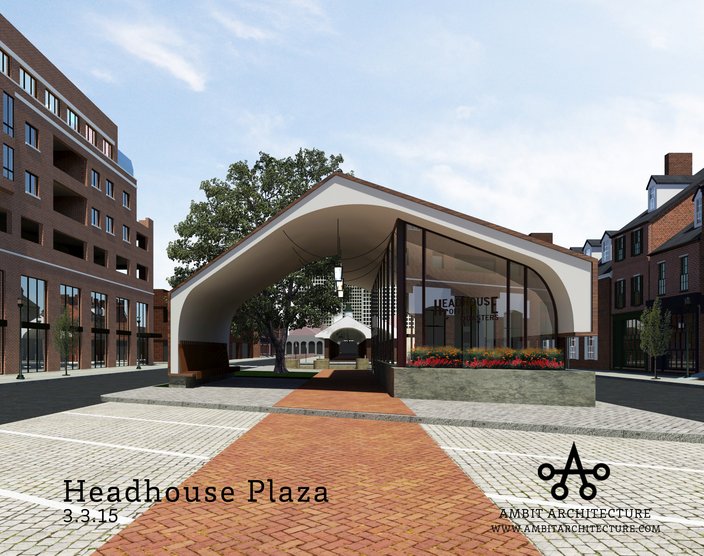 An early concept design of the new Headhouse Plaza, as seen from the "removable parking lot" between the new structures. Rendering courtesy of Ambit Architecture.