Healing the heart of the wounded parent

When family violence is passed through generations 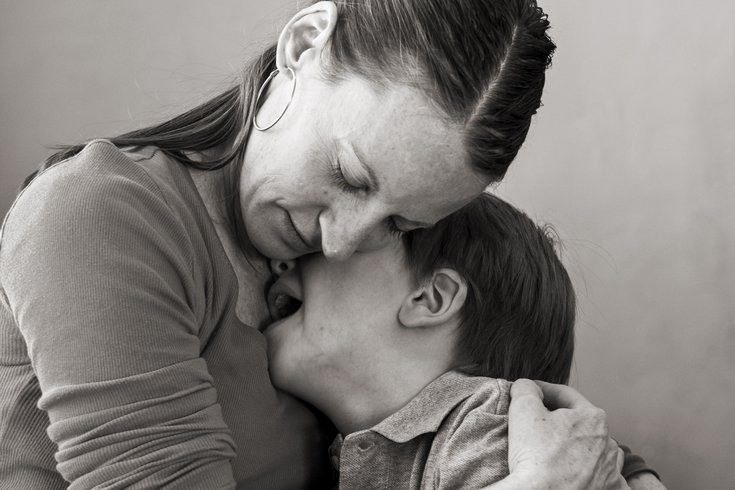 We sit near the surf and begin digging in the wet sand. All around us people rest, read or delight in the waves. A group of boys tosses a football around in the water. It’s a beautiful, sunny day at the beach.

Then, I notice her.

A frustrated and distraught mother stands to my right. She directs her voice to her preteen daughter floating casually along in the shallow waves nearby.

“Do you hear me?” the mother yells. “I said that we are leaving, now. Now! Do you want me to get the belt out when we get home?”

I engage in tunnel building, but now my attention is drawn elsewhere. I catch a glimpse of the girl on the cusp of womanhood. Images of her mother violently forcing her into compliance trouble and sadden me.

“I’ll lock you in your room. Do you want to spend the rest of the day locked in your room?”

The girl looks at her mother. She isn’t quick to obey. For now, she chooses the safety of the sea. Their dynamic continues, and soon they are out of earshot. The girl swims along while her mother follows, shouting. I wonder how it will end.

My son digs in the sand absorbed by his play. He doesn’t say anything about the incident. It seems he didn’t pay attention to the ugly threats. Suddenly, he turns to me: “Mommy, let’s dig a really big tunnel!”

So, we dig. The sun warms my skin, yet my heart is troubled.

A few minutes later, I notice the preteen girl pull herself slowly out of the sea. Water droplets fall from her body as she lowers her head. Cowering, she walks alongside her angry mother toward the parking lot.

“At first, I thought about working with children,” remembers clinical psychologist Dr. Laura Markham author of “Peaceful Parents, Happy Kids: How to Stop Yelling and Start Connecting” and “Peaceful Parents, Happy Siblings: How to Stop the Fighting and Raise Friends for Life.” However, upon further reflection Markham decided to focus her energies on nurturing healing, mindfulness and insight in parents.

“Because what children really need is emotionally healthy parents who can nurture them,” she states.

We all start off completely dependent upon the capacity of our caregivers to nurture. As Notre Dame Professor of Anthropology Dr. James McKenna notes, “The human infant is the most vulnerable, contact-dependent, slowest developing and most dependent primate mammal of all.”

McKenna, founder of the Mother-Baby Behavioral Sleep Laboratory, is most well known for his studies of, and advocacy for, safe co-sleeping. Responsive and nurturing parenting sets the stage for an infant not only to survive but to thrive.

The need for healthy parenting continues once we exit infancy. Indeed, recent research highlights how the human brain is particularly vulnerable to trauma in the toddler and teen years. How parents support and nurture their children through these most vulnerable stages of human development matters a great deal.

Upon listening to the mother at the beach threaten her daughter with violence, my first instinct was to protect the girl. I know what it’s like to be the recipient of a parent’s projected fury. However, as I meditated upon the event, I found myself drawn again and again to the mother. Her threats and harsh words evoked a great deal of compassion. For I also know what it is like to be angry and want to harm those I love.

Family violence is like a sharp stone, cutting tender hands and leaving lasting scars as it passes through the generations.

I know what it is like to have a wounded heart.

“I did my best to break the pattern,” my father once told me.

Indeed, he did. While my father hit me in moments of both “discipline” and anger, the intensity and frequency of these events represent a significant decrease in the amount of violence he faced as a boy.

Growing up, it was hard to imagine my grandfather as violent. I can’t recall a single incident when I witnessed even a rise in his temper. I remember him as patient, kind and loving.

“Why was grandpa so mean?” I inquired.

“It was the war,” my father replied. “That, and the fact that his father was a violent man.”

My great-grandfather had seven children. One day his eldest sons gathered around him. They told him they would collectively “take him down” if he ever lifted a hand against any of them again.

While away at graduate school, I felt the presence of my great-grandfather during a morning meditation. This inspired me to write my grandfather a letter. In my letter, I humbly asked if he would be willing to talk with me once I returned to Utah about the violence that plagued my own father’s home.

To his everlasting credit, my grandfather agreed. He drove down from northern Utah to my parent’s home to meet with me. My father joined us at the kitchen table where many tears, on all sides, were shed.

“I expected my children to obey like soldiers,” explained my grandfather, a World War II vet who earned a Purple Heart as a commanding officer in an infantry unit in northern Italy. “And they didn’t.”

He proceeded to tell me what my family now calls “The Ugliest German” story.

Upon encountering an abandoned German bunker, my grandfather held his gun tightly and descended into the cramped underground cavern to investigate. Suddenly, he saw a man pointing a gun at him. A powerful surge of adrenaline and fear raced through his body.

“He was the ugliest German I ever saw,” my grandfather recalled, his voice shaking. “He was filthy and his eyes were full of hate.”

It only took him a few moments to realize that he had stumbled upon a mirror on the abandoned bunker wall.

He was looking at himself.

Family violence is like a sharp stone, cutting tender hands and leaving lasting scars as it passes through the generations. Only when we gather the courage to face our ugliest selves and integrate the pain that resides underneath our anger do we smooth the edges of that stone. For those of us who come from family lines touched by violence, few tasks are more worthy of our time.

Our love for our children and our grandchildren beckons us to heal our wounded hearts.

However, love isn’t the only inspiration urging us to leave behind violence. A growing body of scientific literature relating to the new field of interpersonal neurobiology denounces the use of corporal punishment in parenting. In fact, when parents strive to connect with their children through kind and reassuring words post-spanking/hitting, the impact of the harm done can be heightened.

To be loved and then physically harmed by the same person is confusing to anyone. Ask survivors of domestic violence what it’s like to be hit and then presented with flowers the next day. One can only imagine how confusing this dynamic is for a child.

I’ve never hit my son nor threatened to do so. Daily, I commit myself to nourishing his mind, body and soul with clarity and kindness. Yet I am acutely aware that had my life circumstances played out differently -- had I made different choices and experienced far less unmerited grace -- I could have been the mother standing on the beach threatening my child. Had the dice of circumstance been thrown differently, I could have been her, and she could have been me.

I never spoke to the mother. I didn’t stand up and intervene. What could I have said? I like to imagine that she reads these words now:

Look at your daughter’s frightened face. This isn’t how you want to be remembered, my friend. There are better ways to gain compliance. Yes, your daughter is strong-willed and I can see her choices anger you. Consider emphasizing the building of trust rather than violently demanding obedience.

You don’t have to pass on this sharp, jagged stone.

You can heal your wounded heart.