Here are the ways to help an ailing Oscarcast get healthy 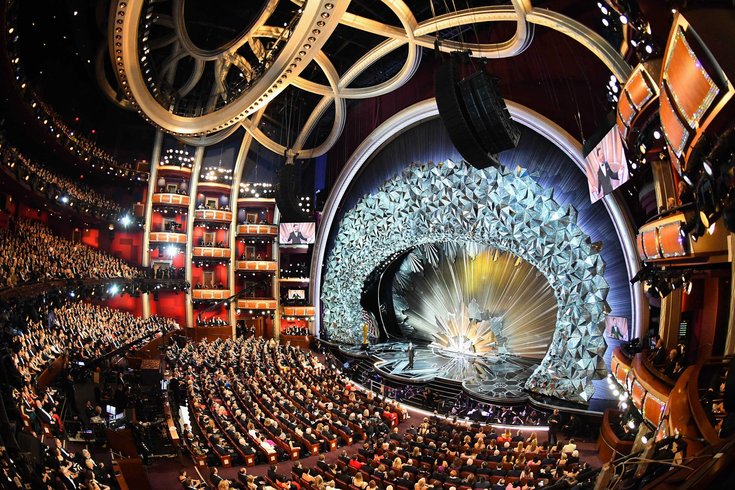 In terms of ratings, the recent 2018 Academy Awards telecast was an unqualified disaster, registering an eye-popping 20 percent slide in viewership compared to the 2017 presentation.

You can bet there has been plenty of handwringing and rending of garments in the richly appointed offices and sleek conference rooms occupied by people who are paid a lot of money to worry about things like Oscarcast numbers. But friends and family of the seriously ill patient can breathe a sigh of relief; Ol’ Doc Darrow has the cure for what ails Oscar’s video woes.

But before we get into specific changes that should be made in order to win back the world’s hearts, minds and eyeballs, we need to look at the bigger picture (pardon the pun).

Also, let’s keep in mind that while movie stars are the primary reason people go to the movies, the very concept of “stardom” has been yet another casualty of the digital revolution.

Back in the day, movie stars were seen by the public as a race separate from the rest of the population. The studios for which they worked kept to a minimum access to their stars, thus heightening the value of public sightings. And, with the help of a mostly pliant press--not media, but press, as newspapers and magazines were the only media that mattered back then--that image of glittering superiority was drilled into the planet’s collective consciousness.

But that world is as dead as the one ruled by the British Empire. Today, social media makes instantaneous, personal connections between performer and their fans part of daily life. Thus, there is no mystique surrounding the artists we lionize, which kills a key reason people used to watch in such numbers.

Also, let’s concede that how people become “stars” has likewise been reconstituted. Today, a teen in Missouri who burns down a garage executing a “Jackass”-style stunt can be known by millions in a matter of hours. That, too, erodes the notion that celebrities are different—and better—than we.

So, it’s crucial that the expectations of those with skin in the game should be adjusted to “realistic.”

These are the “glamour” categories, the ones in which people likely have the most interest. To put it another way: Are millions really sitting at home biting their nails in anticipation of the “Best Makeup” and “Best Sound Editing” reveals?

*Take a mid-show break to give props to the non-televised winners.

These are talented craftspeople and they deserve to be included in the televised proceedings in some manner.

*Keep speeches to two minutes and ban any outright agenda-spouting and political bloviating.

The annual Academy Awards telecast is the quintessential “big tent” event; it can be assumed that even neo-Nazis and Black Lives Matter advocates like movies. But if I’m a Republican/Trump voter, I don’t want to have to watch a bunch of rich, entitled actors mock my beliefs, or tell me how horrible I am for supporting—or not supporting--a certain viewpoint. It wouldn’t be surprising if this was the number-one reason for the Oscars tune-out.

And before anyone misinterprets this suggestion as an attack on the First Amendment, here’s the second part:

*Request that winners so-inclined save their more provocative thoughts and remarks for their individual post-awards press conferences.

That seems to be a far more appropriate (and, perhaps, effective) vehicle for spreading messages. This way, everyone wins: Victors get to convey their thoughts and opinions to the world, and the ceremony itself is rendered more palatable to more people.

The Academy Awards broadcasts are an important swath of our shared cultural fabric. But that doesn’t mean they are sacrosanct and impervious to change. And change is clearly required.

Obviously, the suggestions herein are not guaranteed to work. But after a 20 percent decline in viewership, what do ABC-TV and the Academy of Motion Picture Arts & Sciences have to lose by implementing them?