Here's how to watch this morning's Oscar nominations

Will Spike Lee finally be nominated? Is "Black Panther" getting a nod? Kumail Nanjiani and Tracee Ellis Ross will have all the answers later today 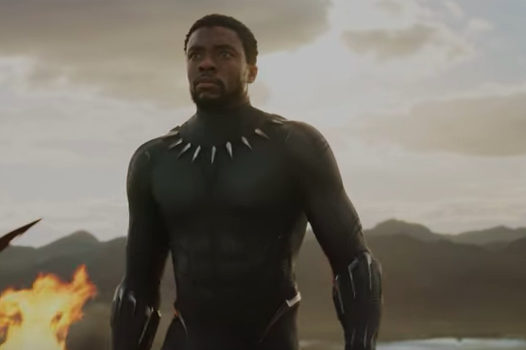 "Black Panther" could become the first superhero movie nominated for best picture at the Academy Awards.

Nominations for the biggest award show of the year, the 2019 Academy Awards, will be announced this morning by Kumail Nanjiani and Tracee Ellis Ross.

A capstone to the awards season, this year's Oscars have already garnered widespread attention thanks to Kevin Hart's hosting drama, as well as speculation about the show's biggest nominees.

LATEST: This year's Oscar nominations are here, with "Roma" and "The Favourite" leading the list

"A Star is Born," starring Bradley Cooper and Lady Gaga, was poised to sweep many of the big nominations, though only took home one award, for Best Original Song, at the Golden Globes. Will the film still be the most nominated, as it has long been speculated?

Another big question soon answered is whether "Black Panther" will find a place among the nominees. The critically acclaimed blockbuster is outside the typical Oscars fare, though the film was nominated at the Golden Globes and could get a nod from the Academy. If successful, "Black Panther" will be the first superhero movie nominated for best picture at the Oscars.

More history could be made if Spike Lee receives a directing nomination for "BlacKkKlansman," which would be his first nomination in the category. If Ryan Coogler is nominated for "Black Panther," or Barry Jenkins for "If Beale Street Could Talk," it would also mark the first time the best director category had more than one African-American nominee in the same year.

This year's nominations may see another notable first if "Roma" is nominated for best picture, marking Netflix's first nomination in the category. Recently honored as the best picture during the London Critics Circle Awards, "Roma," if it were to win, would be the first foreign language film to do so at the Oscars.

Though it's fun to speculate, we will soon have all our questions answered – and perhaps the answers will just yield more questions. Tune in to the stream below and see all the nominations when the announcement begins at 8:20 a.m. EST.