The new addition will be open by summer 2020 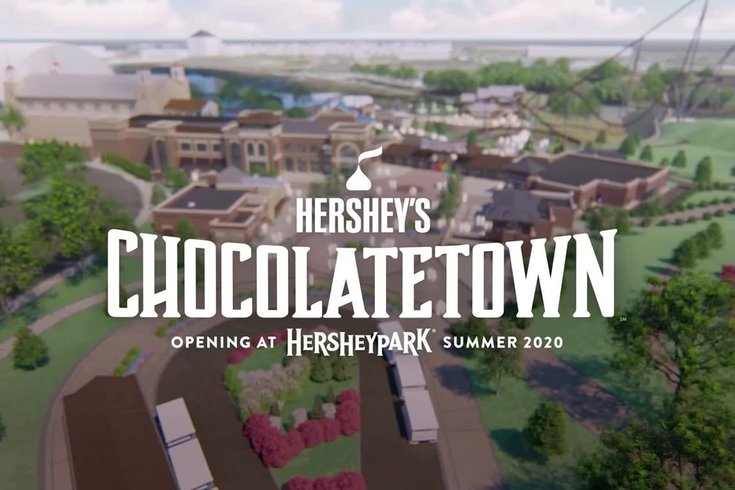 Chocolate Town will be the park's largest expansion yet.

Hersheypark announced plans for expansion on Wednesday that notably include a new roller coaster, some new food amenities, an upgraded welcome area, and a flagship store.

The venture has been named Chocolatetown because it will encapsulate an entirely new 23-acre region of the park. And it's going to cost Hershey's $150 million to pull it off; the largest capital venture in the company's history.

It should be open by summer 2020 and open year-round after that.

Chocolatetown will span 23 acres west of the park and starts with an updated arrival experience, which looks like it will be bigger than the entrance currently in place, judging by renderings.

Here's a video of the rendering that will give you a good idea of what it will look.

Welcome to Hershey’s Chocolatetown, the place where fun meets chocolate in more ways than ever before. Take a look around our most transformative expansion as this all-new region at Hersheypark will open in summer 2020. https://t.co/nim6JpIjhF #HPChocolatetown pic.twitter.com/6IBjwRslTh

The plans include much more options for sit-down eating, drinking and some shopping, too. There will be a restaurant, bar and patio, an ice cream parlor, a confectionary kitchen, a Starbucks, and a kettle corn location, as well as a flagship store and a boutique for merch.

The new coaster is claiming to be the "fastest, tallest, longest, sweetest" at the park, so we'll be anxiously awaiting more details on that one.

And finally, the historic Hershey carrousel is being moved in Chocolatetown with a kisses fountain.

PhillyVoice previously reported that the park has plans for a new ride called Reese's Cupfusion, which will open for the 2019 season. The next phase of the Chocolatetown project is on January 2019, although, based on Hershey's website, it's not clear what will happen then.