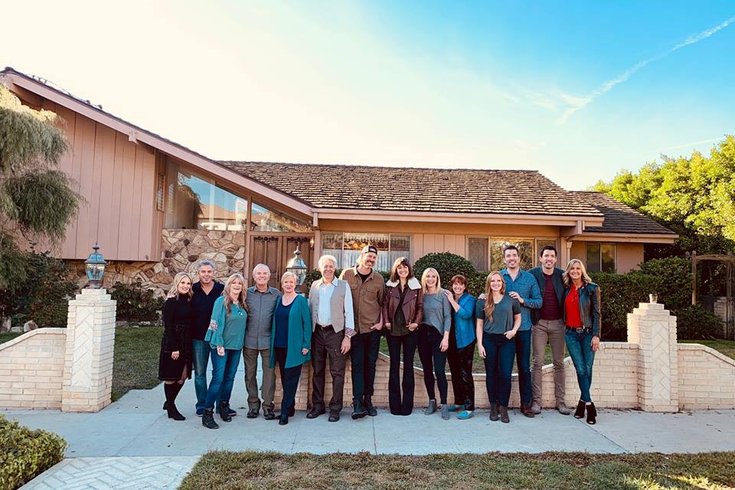 All the kids are back, including Barry Williams (Greg), Maureen McCormick (Marcia), Christopher Knight (Peter), Eve Plumb (Jan), Mike Lookinland (Bobby) and Susan Olsen (Cindy). A number of celebrity guests will appear on the show as well, and Lance Bass may very well be one of them.

The renovations will be lead by the "Property Brothers," Drew and Jonathan Scott, and will include a slew of other HGTV stars from it other shows, “Good Bones,” "Restored by the Fords," "Hidden Potentials," and "Flea Market Flip."

The front of the house was featured on the show, but the interior was shot on a soundstage in Burbank. They plan to add 2,000 square feet to the home and bring to life the '70s kitsch of the original Brady home decor. Currently designed as a split level, the Scott brothers plan to turn it into a two-story home without changing the exterior.

"Not everything is [going to be] exactly where it was [on the show," Mina Starsiak of "Good Bones," explained to ET News, "[but] for the most part all the aesthetics are going to be right on.”

Williams even admitted, "We're just trying to get acclimated to what it's like inside because it literally doesn't resemble the set at all."

The six children on the show are the last of the original core cast. Ann B. Davis (Alice) died in 2014, while the matriarch and patriarch of the show, Florence Henderson (Carol Brady) and Robert Reed (Mike Brady) died in 2016 and 1992, respectively.

The show is scheduled to air in September 2019.