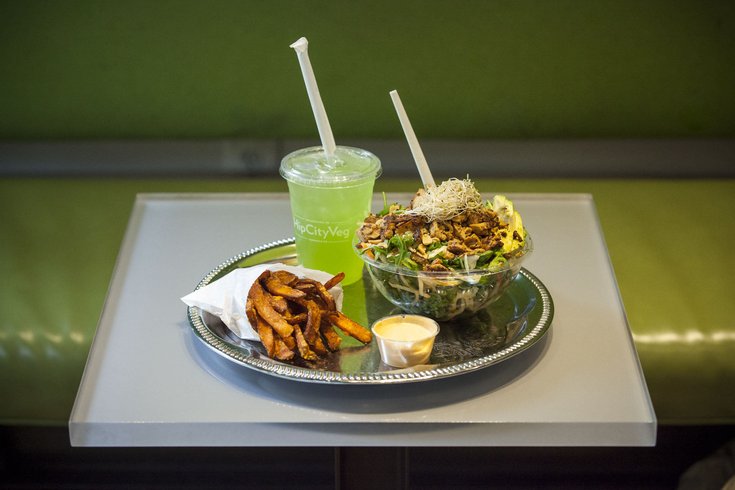 HipCityVeg, the vegan fast-casual chain that has four eateries in Philadelphia and one in Washington D.C., is getting ready to open a location in Ardmore. It's the first suburban restaurant for the brand.

On Saturday, June 8, HipCityVeg will open in the Suburban Square shopping center, home to businesses like Apple, Drybar, Kendra Scott, SoulCycle, Madewell and Sephora, and eateries like Sweetgreen, Not Your Average Joe's and Oath Pizza.

On opening day, HipCityVeg will host a "Nice Cream Social" from 11 a.m. to 1 p.m., where guests can enjoy a sampling of new menu items. There will be balloon animals, a photo booth and face painting, too.

HipCityVeg will also offer free banana whips all day, plus 100 percent of proceeds will be donated to Children's Hospital of Philadelphia's Healthier Together initiative, which focuses on addressing issues like hunger, asthma and violence that affect children in the Philadelphia community.

Alongside classic, cult-favorite items like the Udon Noodle Salad and Ziggy Burger, Ardmore's HipCityVeg will also sell new, house-made Chick'n Nuggets, which will be available as a combo meal with fries and a drink.

"We debunk the myth that plant-based food is just sprouts and granola by offering delicious, craveable fast food," said Nicole Marquis, Founder and CEO of HipCityVeg.

The new location was designed by Groundswell Design, which also worked on some of Philly's most popular hangouts, like Cherry Street Pier, Spruce Street Harbor Park, The Bourse and Morgan's Pier.

There are 50 seats indoors, as well as some outdoor seating. Also, the new location will have a banana whip sundae bar, where guests can choose toppings for the low calorie vegan alternative to ice cream.

Find HipCityVeg by Gap Kids and Pearle Vision in Suburban Square, across from the new parking garage.