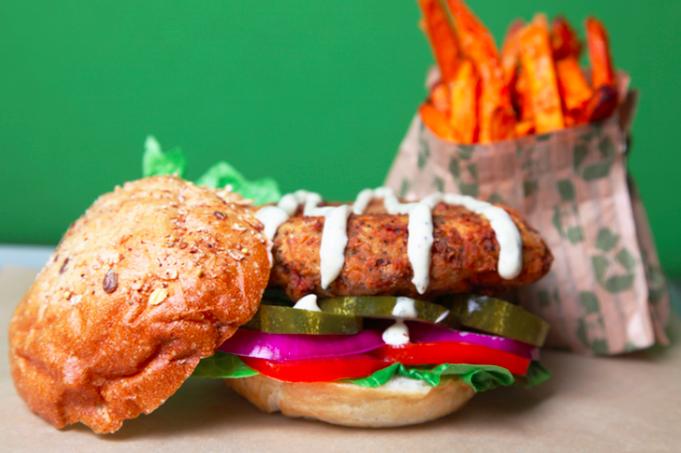 HipCityVeg in Ardmore was robbed at gunpoint on June 19, 2019. The vegan restaurant, which opened at Suburban Square on June 8, lost an undisclosed amount of money, according to Radnor Township police.

The vegan restaurant at Suburban Square was targeted not long after it closed at 9:30 p.m.

Police said the two suspects, both described as about 6-foot-2 and 230 pounds, wore Dickies work clothes and entered the store through an unlocked door, according to Main Line Suburban Life.

The suspects demanded money at gunpoint and left the scene with an undisclosed amount of cash.

HipCityVeg has five locations in Philadelphia and one in Washington, D.C. The Ardmore location at 76 Coulter Ave. opened on June 8, joining a shopping center alongside businesses including an Apple Store, Drybar and Sephora.

The robbery came just days after armed men robbed a Wawa in Wayne. Radnor police are offering a $10,000 reward in that investigation.

Authorities are reviewing security camera footage to as part of an ongoing investigation. Anyone with information is asked to contact the Radnor Police Department at (610) 688-0503.