The legendary Lehigh Valley hotel dates all the way back to 1741, and was used to convalesce WWI troops 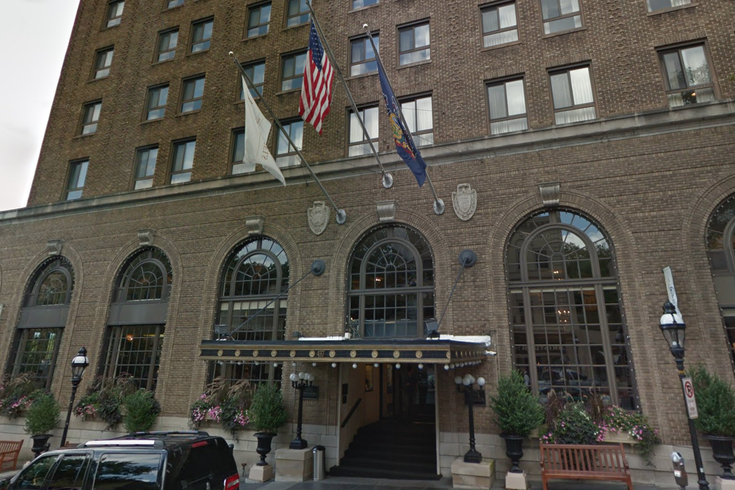 The view of the Historic Hotel Bethlehem from Main Street in Bethlehem, Pennsylvania. The hotel was named the third-best historic hotel in the United States by USA Today readers.

It almost feels like the Historic Hotel Bethlehem was named with this ranking in mind.

USA Today announced the latest ranking in its 10Best series, in which readers from across the country vote for the 10 best towns and cities, or attractions, in a variety of categories.

On Friday, the publication released its ranking of the 10 Best Historic Hotels in the United States. Unsurprisingly, history-rich Pennsylvania was featured high on the list.

The Lehigh County hotel snagged the No. 3 spot in the ranking, and is curiously the only representative from the Northeast on the list.

According to USA Today:

"Guests of the Historic Hotel Bethlehem can learn about the hotel’s storied history in the Lower Lobby. A hotel has occupied the site since 1741, though the structure was used as a convalescence home for World War I soldiers for a period. Today, guests enjoy modern amenities in this historic setting in the heart of Moravian Bethlehem."

Just two hotels — The Peabody Memphis in Memphis, Tennessee, and the Mission Inn Hotel & Spa in Riverside, California — beat out the Bethlehem landmark, even though it is the only of the three to date back to the 1700s.

The 10Best series has been kind to the Keystone State: just last month, the Phoenix roller coaster at Knoebels Amusement Resort in Elysburg was named the second-best roller coaster in the country.

In a non-10Best USA Today ranking from earlier this month, Uncle Mike's Homemade Ice Cream in Warminster was named the best ice cream parlor in the state.