The two men were asked to leave the gas station, but ended up causing a fire 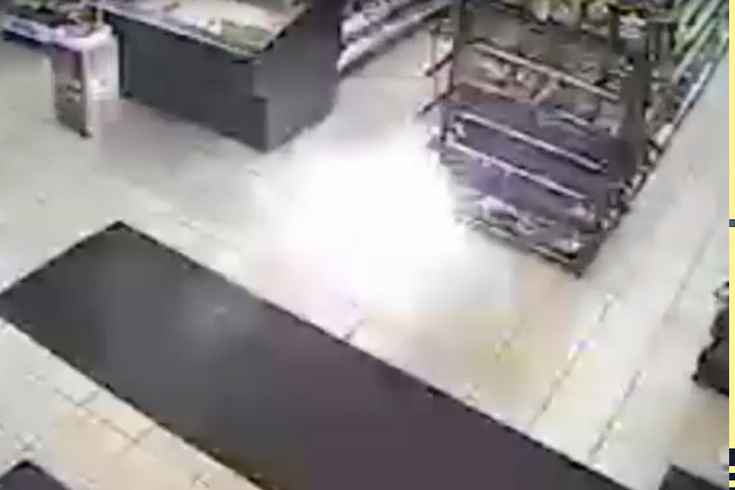 Philadelphia Police are searching for two suspects who were caught on video throwing an explosive device into a Frankford Avenue gas station.

Philadelphia Police are searching for two suspects who were caught on video throwing an explosive device into a Frankford Avenue gas station.

The incident happened just before midnight on July 19, according to police, at the Express Fuel gas station in the 6300 block of Frankford Avenue.

Two unknown males were "causing a disturbance" at the gas station, according to police. As the two were leaving the gas station, one held open a door and the other threw an "incendiary" device into the store. No injuries were reported by police.

Surveillance video shows the device exploding, as well as the subsequent fire caused by the explosion:

Police are asking anyone with information about the incident to call the Northeast Detective Division at 215-686-3153.