Historical Society set out to make video about ice cream, but went viral for stumbling upon details of murder 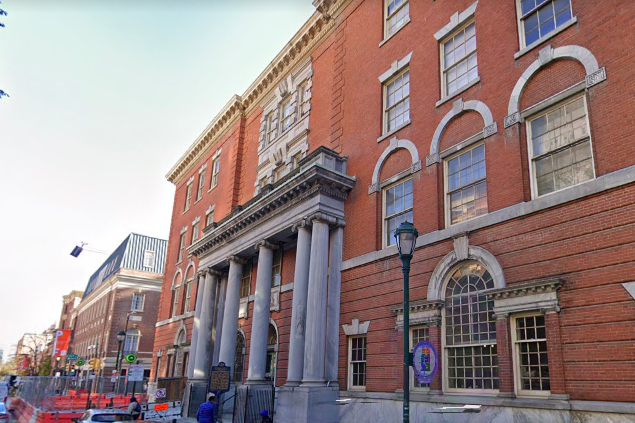 In a viral TikTok, the Historical Society of Pennsylvania described that while researching Philly's ice cream history, it came across a gruesome 19th century murder within the family that owned Wood's Confectionery.

What started as a fun social media campaign about Philadelphia's ice cream history, eventually turned into an in-depth look at a tragedy within one 19th century confectionery family.

Throughout July, the Historical Society of Pennsylvania featured pillars of the city's frozen treat past on its Instagram in honor of National Ice Cream Month, but things soon took a turn toward more sinister topics.

The organization utilized a trending TikTok sound – usually depicting a situation that starts out innocent before going sour – to explain a historical Philadelphia murder discovered through its campaign.

In the now-viral TikTok posted on July 15, the first video is set to calm music and reads, "Me and my boss planning a fun social media campaign about the history of ice cream in Philadelphia." The music quickly changes to something more uneasy, and the text overlaying the second video reads, "Accidentally uncovering a murder related to one of the confectioneries."

Emma Hirt, the Historical Society's co-op student from Drexel University, was the brains behind and face of the video. Hirt helped start the society's TikTok account, and works alongside the communications coordinator to brainstorm ideas.

The video currently has over 275,000 views and comments begging for more details urged the Historical Society to make a subsequent TikTok detailing the story of Wood's Confectionery murder.

"We were amazed by the reception that the video received," Selena Bemak, Programs and Communications Coordinator for the Historical Society, said. "I have actually encountered a few people who said the video appeared on their For You Page on TikTok. I am glad the algorithm is positioning HSP to engage with a history-curious audience!"

The story, which was originally detailed on the organization's Instagram, was first uncovered when the inscription on a 1842 watercolor by David Kennedy prompted a closer look into Wood's Confectionery. 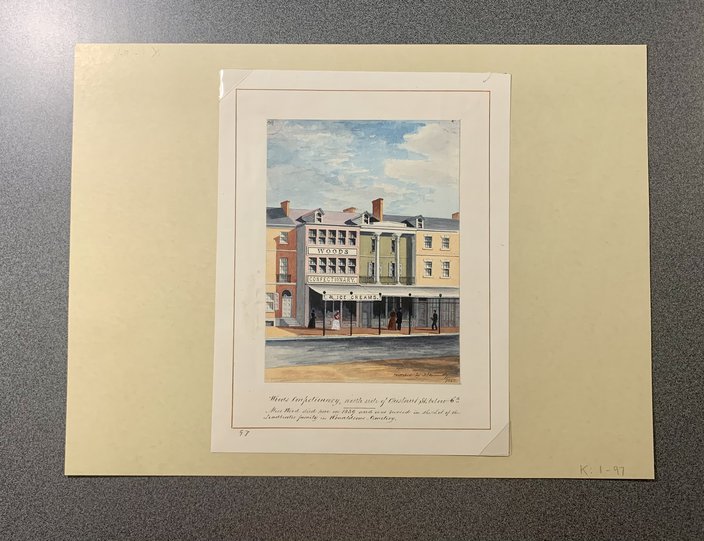 "Woods Confectionary, north side of Chestnut St. below 6th. Miss Wood died here in 1839 and was buried in the Lot of the Leadbeater family in Ronaldsons Cemetery. Sketched by D.J. Kennedy, 1842," the inscription read.

Further research by the Historical Society found that James Wood first opened Wood's Confectionery in 1825 on the corner of Eighth and Arch streets. Two years later, the business was moved into an arcade on Chestnut Street, which was also home to a shoe shop owned by a man named Elias Peake.

Unbeknownst to Wood, his daughter, Sarah Anne, began a romantic relationship with Peake and the two were secretly married in 1839.

When Wood found out, he closed up the ice cream shop for the day, bought two pistols and confronted Sarah Anne, intimidating her into admitting she married Peake without permission. Full of rage, Wood shot and killed his own daughter, then pled insanity in court and was acquitted.

A post shared by Historical Society of PA (@historicalpa)

The family's confectionery, which Wood's wife ran following the aquittal, never recovered. Peake also died the following year in an almshouse – a charitable house for the poor.

For those interested in the darker side to the history of Philly sweet treats, more information about Wood's Confectionery and the infamous Wood family can be found in the Historical Society's records.