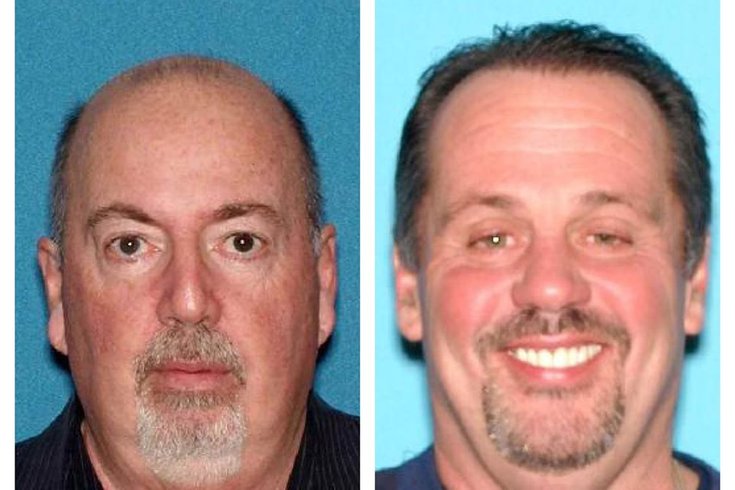 Anthony Del Vecchio, 64, left, and John Lehman, 56, served as a president and treasurer, respectively, on the Holbrook Little League Executive Board when the two stole over $126,000 in league funds.

Two former executives of a New Jersey Little League have been ordered to pay back thousands of dollars that they pocketed from the organization, which sent a team to the Little League World Series under their tenure.

Anthony Del Vecchio, 64, and John Lehman, 56, both of Jackson, pleaded guilty on Monday to third-degree theft for stealing more than $126,000 from the Holbrook Little League, the Ocean County Prosecutor's Office announced.

In exchange for their guilty plea, Judge Rochelle Gizinski ordered that both men must pay $63,085.41 in restitution to Holbrook Little League and perform 100 hours of community service.

Del Vecchio, who served as president of the league's board, and Lehman, who served as treasurer, will be sentenced on Jan. 24 and March 13, respectively.

If the men do not pay their restitution by, or on, their sentencing dates, Prosecutor Bradley D. Billhimer will seek custodial sentencing, which could include prison time. Billhimer recommended the sentencing based on advice from the Holbrook Little League Executive Board.

The Ocean County Prosecutor's Office first received information that Del Vecchio had stolen funds from the board in November 2017 – just several months after the league's all-star team appeared in the Little League World Series.

Investigators later tied Lehman to the stolen money, too. Del Vecchio and Lehman were the only signatories on the league's checking account and both signatures were required on all checks, Billhimer said.